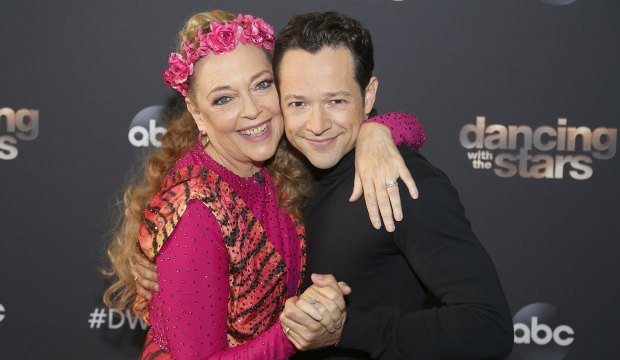 Carole Baskin received the lowest score during the season premiere episode of “Dancing with the Stars,” so she’s a goner when the first celeb is eliminated in week two, right? Not necessarily. The fans we’ve surveyed here in our predictions center say she’s definitely at risk, but they predict another celebrity will be sent home instead, and there’s good reason to think so.

The second lowest scorer of night one, basketball legend Charles Oakley, is the star our readers expect to get the boot first. He gets leading 71/20 odds of being eliminated from the competition. NBA veterans haven’t done as well on the show as athletes from other disciplines like football, gymnastics and ice skating, in part because the height difference between them and their pro partners can be difficult to work around. That did trip up Oakley and his partner Emma Slater on night one, resulting in 4s across the board from judges Carrie Ann Inaba, Derek Hough and Bruno Tonioli, for a total of 12 out of 30.

SEE‘Dancing with the Stars’ odds: Skai Jackson and Justina Machado move way up, but others tumble down our list

Baskin and her partner Pasha Pashkov scored one point lower than that, but she had the benefit of performing an outlandish “Eye of the Tiger” routine that was memorable — for better or worse — and she performed last, which probsbly helped her to stick in viewers’ minds longer. And viewer votes often save contestants in last place; when it comes to wooing fans, sometimes it’s better to be memorably bad than forgettable. And Baskin certainly wasn’t forgettable. Though perhaps infamy won’t translate to audience support, so she ranks second in our elimination predictions with 39/10 odds.

But a lot can change tonight because last week’s performances don’t tell the whole story. The scores from the season premiere will be combined with tonight’s scores, and viewers will be voting live during tonight’s show, so Oakley and Baskin could both potentially pull up from the bottom depending on how they and their rivals perform on their second time out on the dance floor. With 15 celebs competing for votes, you can never be too sure.