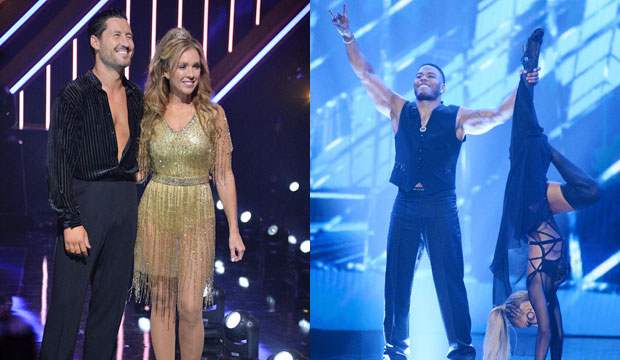 “Cheer” coach Monica Aldama nailed her samba on “Dancing with the Stars” last week, but that didn’t stop her from landing in the bottom two in the year’s most confusing results yet. The judges decided to save Aldama and eliminate actress Anne Heche instead, but does Aldama’s close call mean her days are numbered? Maybe, but maybe not.

Due to a bizarre error, Tyra Banks mistakenly announced that Aldama was safe from elimination and that Heche and football star Vernon Davis were the bottom two. After a few moments of confusion, Banks revealed that Davis was safe and that Aldama was actually in the bottom two with Heche. Aldama was tied for third place in the judges’ scores, so it must have been viewer votes where she fell short. That could be an especially bad sign. A dancer could improve their technique, but if fans aren’t onboard for your best dance of the season so far, can you ever get them onboard?

That may be why Aldama leads our elimination predictions with 69/20 odds of being sent home as of this writing. However, the judges still have the power to make the final decision, so even if Aldama lands in the bottom two again, there’s a decent chance she’ll perform well enough for the judges to give her another second chance. That would depend, of course, on who’s in the bottom two with her.

Right now, rapper Nelly ranks second in our predictions with 39/10 odds. Nelly was tied for the bottom of the judges’ leaderboard last week, and overall he’s the lowest scoring celeb currently in the competition. Viewer votes have kept him safe, but if he does sink to the bottom, he might not stick around if it’s a choice between him and Aldama. The same could be said of actress and reality TV star Chrishell Stause, who is third in our predictions with 9/2 odds. Do you agree with our odds that the celeb sent home will be one of those three, or are we in for our season’s first big shocker?

'The Amazing Race's' Jerry and Frank: 'We put ourselves in the crossfire by not having our bags'…

'The Masked Singer' spoilers: Who is the Squiggly Monster?

'The Masked Singer' spoilers: Who is the Mushroom?

'The Masked Singer' spoilers: Who is Lips?

'The Masked Singer' spoilers: Who is the Jellyfish?