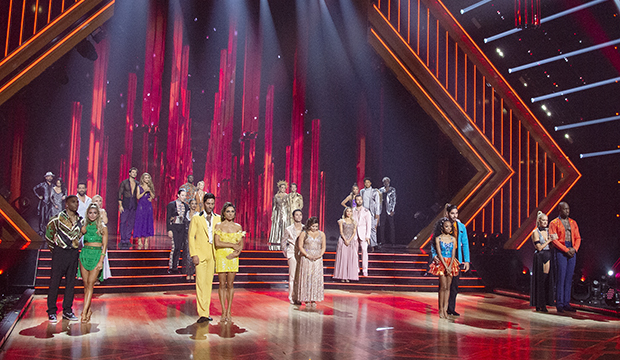 It’s not a “Dancing with the Stars” finale without the season’s eliminated celebrities returning, but it won’t be a full house this time. All but one star will be in attendance for Monday’s show: Carole Baskin.

It’s nothing scandalous: The “Tiger King” star returned to Florida after her Week 2 elimination and can’t travel to L.A. because of COVID-19 restrictions, according to “Entertainment Tonight.”

All of the other 10 axed stars will be back in the ballroom, including Jeannie Mai, who withdrew from the show on Nov. 2 after undergoing emergency surgery for epiglottitis, a potentially life-threatening condition in which the cartilage over the windpipe becomes inflamed. The other nine are Charles Oakley, Anne Heche, Jesse Metcalfe, Vernon Davis, Monica Aldama, Chrishell Stause, AJ McLean, Johnny Weir and Skai Jackson.

It’s unclear in what capacity the celebs will appear. In the past, the eliminated couples have performed, but who knows with COVID. They could just be isolated in their booths on the balcony to cheer on the final four, Kaitlyn Bristowe and Artem Chigvintsev, Justina Machado and Sasha Farber, Nelly and Daniella Karagach, and Nev Schulman and Jenna Johnson. And will they even be able to swarm the winners at the end?

Also on tap for the finale: Derek Hough hitting the floor for a solo routine and Nelly performing a medley of his greatest hits.