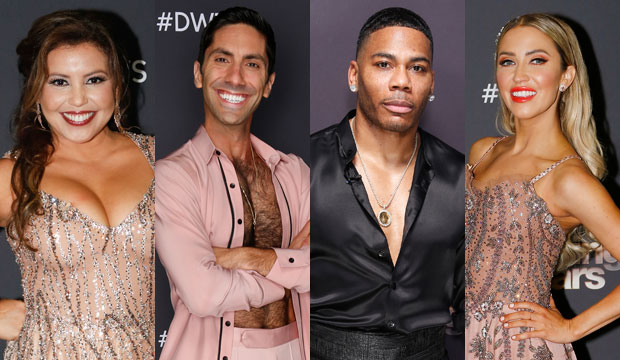 The “Dancing with the Stars” Semi-Finals didn’t go exactly as we expected them to. Rapper Nelly landed at the bottom of the judges’ leaderboard for the third week in a row, but even though our users thought his days were finally numbered, he advanced safely through to the finale. Figure skater Johnny Weir and Disney Channel actress Skai Jackson were eliminated instead. So now that it’s down to the final four, who do you think actually deserves the Mirror Ball Trophy? Scroll down to vote in our poll at the bottom of this post.

Joining Nelly in the finale are “Bachelorette” alum Kaitlyn Bristowe, “One Day at a Time” actress Justina Machado and “Catfish” host Nev Schulman. Of those, Schulman may be the front-runner since he’s still the highest-scoring contestant of the season and he never once landed in the bottom two after viewer votes were added to the judges’ scores. Based on those judges’ scores he’s the rightful champ. Do you agree?

SEE‘Dancing with the Stars’ recap: ‘Semi-Finals’ ended with a double elimination, so who was left standing for the finale? [UPDATED LIVE BLOG]

Bristowe is close behind Schulman in the scores, and she would be the second straight “Bachelorette” to take home the title after Hannah Brown won the season 28 trophy a year ago. Actually, Bristowe already has a higher judges’ average than Brown did when she took home the Mirror Ball, and that’s before next week’s freestyle dances where the judges’ 10 paddles usually come out fast and furious. It’s almost certain that Bristowe will expand her lead as the highest-scoring “Bachelorette” star on “DWTS.”

That leaves Machado, who has been inspiring as she has proudly sashayed her 48-year-old Puerto Rican curves across the dance floor to consistently high scores. She topped the judges’ leaderboard in week one, but she only made it to the top one more time after that, and she didn’t get her first perfect 30 out of 30 from the judges until the “Semi-Finals.” So she certainly has strong rooting factor. Are you among those rooting for her? Vote below.