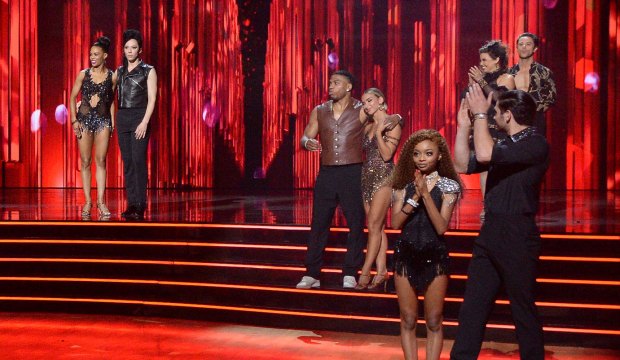 “Dancing with the Stars” has reached the semifinal stage of the competition. After 10 weeks, “DWTS” is just one week away from crowning the season 29 champion. To make sure that your favorite couple remains in contention, you have to vote for them during the live semi-final on Monday, November 16. With the voting window closing during the last ad break, it is vital that you have all the info you need. Don’t worry: we’ve got you covered.

You get 20 votes to cast in two ways: 10 votes via text and 10 votes online at the official website. Before you can vote online, you must have an ABC account (get that with email address validation), be 18 or older and living in the U.S. or Puerto Rico. To vote via SMS, do the following:

Either way, you’ll have to be fast. The window for voting opens as soon as the live show begins at 8 p.m. ET/7 p.m. CT. Voting ends just minutes after the six couples are finished. You can give one contestant all 20 of your votes or you can divide them around among the six stars still in contention to claim the Mirrorball trophy. (If you live in the Mountain and Pacific time zones, the only way to be an informed voter is to follow along with our live blog.)

Two couples will be sent home based on their total votes and judges scores in week 10. Who do you think it will be? Be sure to make your predictions so that the contestants can see how they’re faring in our racetrack odds. Keep changing your predictions until just before the next episode airs every Monday on ABC. You’ll compete to win a spot on our leaderboard and eternal bragging rights. See our contest rules and sound off with other fans in our reality TV forum. Read more Gold Derby entertainment news.