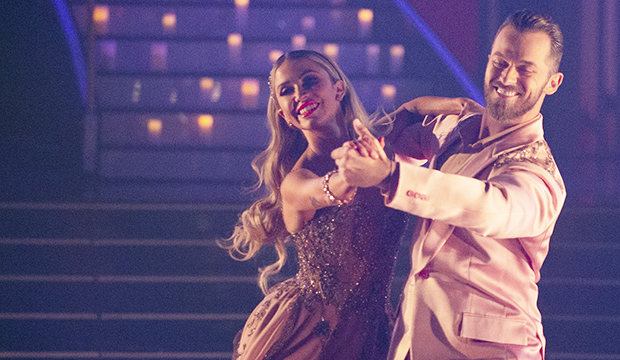 Kaitlyn Bristowe is “grateful” for her fans who voted for her on “Dancing with the Stars” after her “emotional roller coaster” of a night on Tuesday when it was unclear for a long stretch whether she’d be able to perform due to an ankle injury.

“Just wanted to come on and say thank you to everybody who voted,” Bristowe said in a series of Instagram Stories on Tuesday night. “So grateful, and it’s cool that even though we were the last dancers and didn’t know if I could dance that we still got votes. It meant the world to us and we were just beaming afterwards.”

Bristowe injured her right ankle Tuesday afternoon and missed dress rehearsal. Tyra Banks announced at the top of the live broadcast that the former “Bachelorette” star might not be able to perform, but her partner Artem Chigvintsev shared halfway through the show that Bristowe was feeling better and would be dancing.

SEE ‘Dancing with the Stars’ Week 2 recap: And the first elimination was…

The pair performed a gorgeous foxtrot and nabbed the highest score of the night and the season, a 22, with the first eight of the season coming from Derek Hough. Their two-week score total put them tied atop the leaderboard with Justina Machado and Sasha Farber.

Bristowe was able to hit the parquet after getting a cortisone shot, but she was in pain again by the end of the night after it had worn off. She is scheduled to get an MRI on Wednesday. “If I have a cortisone shot and it feels this sore, I’m not gonna lie, I’m extremely worried,” she said in her IG Stories. “It was an emotional roller coaster today because I was literally hyperventilating, in tears, thinking I couldn’t dance to getting a cortisone shot, icing it, physical therapy … and I literally danced my little heart, and then now I’m in pain again. So tomorrow I get an MRI.”