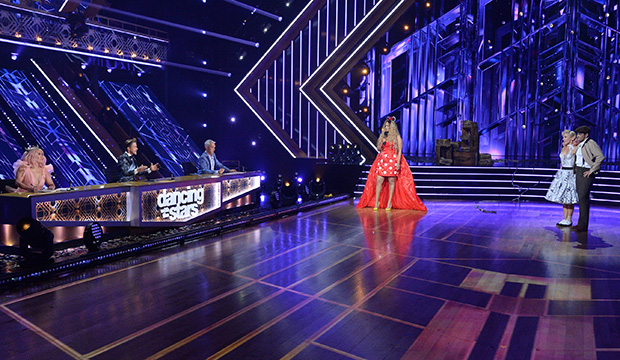 “Dancing with the Stars” had its first theme night, Disney Night, of the season on Week 3, and you can bet there’ll be more where that came from. During ABC’s “VirtuFALL” virtual panel for the show on Wednesday, showrunner and executive producer Andrew Llinares revealed that there will be theme nights every other week and shared two of them: Oct. 12 will be ’80s Night and Oct. 26 is Villains Night.

“We are super excited about, a bit of ’80s — ’80s music, ’80s fashion, ’80s movies — just the, kind of, real ’80s explosion, which I think will be really, really fun. I know all of the celebs are super excited about it,” Llinares said. “And the next one after that falls on Halloween night, on October the 26th, and we are actually doing a villains night on Halloween night where everyone takes on a, kind of, famous fictional villain and plays homage to that villain. So, I think that’s going to be exciting and fun and a different twist on Halloween, which will be great.”

“Dancing” has historically done a straight-up Halloween theme on the Halloween-adjacent episodes, so villains is a fun twist on an old staple. Host Tyra Banks teased that they’re currently discussing what the opening song for ’80s Night ought to be and that she’s keeping a list of possible villain outfits. “I have a list on my phone, and my phone is right here. And I keep adding different villains, and so I don’t know what I’m going to be,” she shared. “I had a crazy one, the bride of somebody — the bride of you know who, Chucky. I was, like, ‘Wait. Maybe that’s too weird.’ I’m just trying to figure it out right now.”

Theme nights or not, Llinares said that the “challenge” is to make every week stand out and feel “super exciting.” Monday’s episode, which is theme-less, will feature the Backstreet Boys in AJ McLean‘s routine to “Larger Than Life” (“in a very “COVID-safe way”); Skai Jackson honoring her late “Jessie” co-star Cameron Boyce, who died last year at the age of 20; and Anne Heche discussing her relationship with Ellen DeGeneres and how that affected her. Week 6, on Oct. 19, will see new judge Derek Hough perform for the first time since he last competed as a pro in 2016.