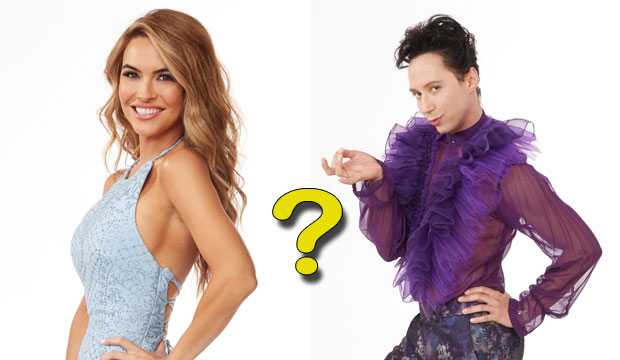 In a “Dancing with the Stars” season that started with a whopping 15 celebs (the second biggest cast in the show’s history), it was inevitable that we would be in for a double elimination at least once. But tonight’s results won’t go exactly as planned. Talk show host Jeannie Mai had to suddenly withdraw from the competition due to illness (epiglottitis, not COVID). So there will be only one elimination tonight based on judges’ scores and viewer votes.

We’ve been surveying fans all week here in our predictions center, and most of them say actress and “Selling Sunset” star Chrishell Stause is the likeliest to go; we give her leading 17/5 odds of being eliminated. However, she hasn’t been in the bottom two at all this season, even when she has gotten low scores from the judges. That indicates that she has strong support from viewers voting at home. And she received strong scores for her “Villains Night” paso doble, keeping her safe from the axe. However, she’s still the lowest-scoring celeb remaining when you combine all her dances this season. The competition is only getting steeper; will she continue to keep up?

Rapper Nelly is next with 9/2 odds of elimination. Like Stause, he has enough support from fans to have never been in the bottom two, and his scores have been improving throughout the season. But he’s still one of the lower-scoring celebs overall. Then there’s figure skater Johnny Weir with 6/1 odds of elimination. He has been somewhat inconsistent from week to week, and he landed in the bottom two on “Top 11” night, so there’s a chance he won’t have enough support from fans if he has an off night.

Do you agree with the consensus forecasts of our users, or do you think we’re in for another surprise in addition to Mai’s shocking withdrawal?