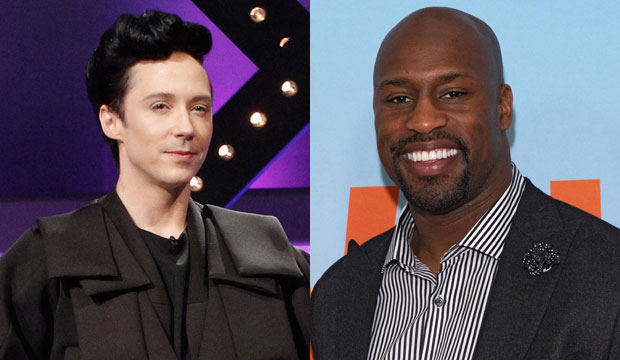 On September 2 “Dancing with the Stars” announced the celebrities who will compete for the Mirror Ball Trophy in season 29. And now you can predict who will win the competition series. You can place your bets here in our predictions center now and every week until a champion is crowned this fall. You can also bet on who will be eliminated, who will get the highest scores and who will get the lowest scores.

It’s tricky to forecast the winner this early. After all, the competition hasn’t even started yet. But we can get some hints about the potential of some celebs based on the history of “DWTS.” For instance, football players often make the finals, and four of them have won (Emmitt Smith, Hines Ward, Donald Driver and Rashad Jennings), so this year’s NFL alum, Super Bowl champion Vernon Davis, must immediately be considered a force to be reckoned with.

SEE‘Dancing with the Stars’ cast for season 29: These are the 15 ‘DWTS’ contestants vying for the Mirror Ball Trophy

Figure skaters aren’t too far behind when it comes to their “DWTS” track records. Three have won in previous seasons (Kristi Yamaguchi, Meryl Davis and Adam Rippon), so Johnny Weir could follow in their footsteps. Weir was a three-time US nationals champion, a world championships medalist and a two-time Olympian, so he has the athletic training to withstand the rigors of this series, and figure skaters already have experience with choreography, giving them two legs up on the competition.

Basketball players, on the other hand, tend to struggle on the show, due in part to the substantial height difference between them and their pro partners. So the six-foot-eight Charles Oakley might have a tough time. But there’s a first time for everything. Though we often have a good idea who some of the favorites will be before a season starts, we’ve been surprised before. To name one recent surprise, we had no idea Bobby Bones would be competitive in season 27, let alone win. So a breakout star can come from anywhere. Who do you think will win the Mirror Ball?

PREDICT‘Dancing with the Stars’ now; change them until September 14