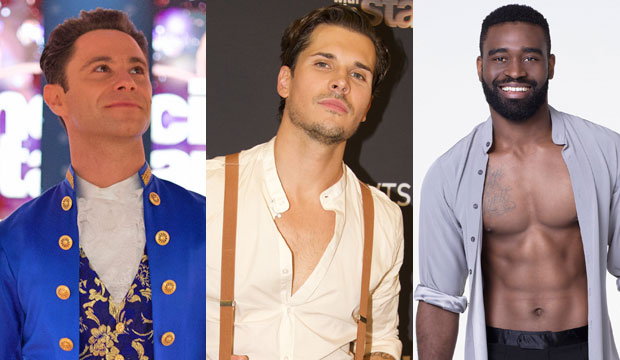 “Dancing with the Stars” recently announced the professional dancers who will compete for the Mirror Ball Trophy in the upcoming 29th season of the ABC competition show, which will take place this fall under unprecedented circumstances what with the ongoing COVID-19 pandemic affecting the production. But perhaps a shaken up season will help overdue pros Sasha Farber, Gleb Savchenko or Keo Motsepe finally win. They have competed on the show a combined 22 times, but with no championships between them.

Savchenko joined the show first as a competitive pro. He made his first run at the title in season 16 with reality TV star Lisa Vanderpump, but they finished 10th. He didn’t return to the competition for six seasons after that, but threw his hat in the ring again in season 23, with better results: he and singer/actress Jana Kramer almost went all the way, finishing fourth. That’s as high as he’s gotten, though. He matched that result last fall, finishing fourth in season 28 with another country musician, Lauren Alaina.

Farber’s first shot at the Mirror Ball Trophy was with “Jersey Shore” star Snooki in season 17; they finished eighth. Like Savchenko, he took a few seasons off after that, returning to the lineup in season 22 with actress Kim Fields. It took him awhile to reach the finals, but he finally made it in the shortened athletes edition in season 26: he and figure skater Tonya Harding finished third. And he finished third again last season with singer Ally Brooke.

SEE‘Dancing with the Stars’ pros for season 29: These 14 professional dancers will compete for the Mirror Ball Trophy

Motsepe has tried eight times, starting in season 19 with athlete Lolo Jones, and for several seasons he had tough luck, often eliminated first or second in the competition. But he had a long-awaited breakthrough in season 27 with actress Evanna Lynch, taking her to the finals and finishing third. He didn’t compete in season 28, though, so he’s back after a year off.

They’re not the only pros who haven’t won yet, but they’re the longest serving without a title. Brandon Armstrong is competing for just the third time this year. Pasha Pashkov is taking his second shot at the Mirror Ball Trophy. Daniella Karagach and Britt Stewart are both first-timers. But so much of a pro’s fortunes are determined by which celebrity they’re paired with, which is yet to be announced. Will Farber, Savchenko or Motsepe get the stars who will get them to the winner’s circle for the first time?