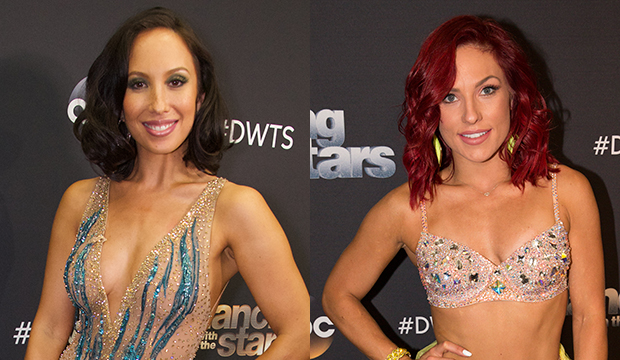 Since “Dancing with the Stars” was not scheduled to air a spring season again, it wasn’t one of the dozens of shows shut down by the coronavirus pandemic. It could, however, be affected in the fall if quarantining and social distancing protocols are still in place then, but Cheryl Burke and Sharna Burgess are hopeful that Season 29 could launch in September.

“I’m hoping [we’ll be back on time]. Right now, I keep hearing May and June [of when quarantining might end],” Burke told “Entertainment Tonight” (watch below). “My birthday is May 3 and that’s fine. My anniversary [with Matthew Lawrence] is May 23 and that’s fine. As long as we can do another season of ‘Dancing with the Stars,’ I’m willing to give all of that up. We don’t train normally until the end of August for the fall season, so I would hope so.”

Burgess, who was interviewed separately, said, “As far as I know, ‘Dancing’ is planning on going ahead with their fall season, but these things change week to week right now.”

ABC has yet to officially renew “Dancing” for a 29th season, but TPTB have all spoken about doing one. Burke and Burgess, who have three Mirrorball trophies between them, feel that even if “Dancing” can’t return to the small screen in its normal form by September, there are alternate, creative approaches the show could take to bring some hoofing inside fans’ homes.

“I have no idea what’s going on, to be quite honest, but I think everyone is just living it day by day and we will see what happens. I think there is a creative way of doing things. Everyone is really into taking 15-minute classes,” Burke said. “If [the show can’t return], we’ve gotta do [it virtually]. We’ve got to do it like this. At the end of the day, I can teach Matt how to dance. I think it’d be really cool to teach your loved one at home how to dance. It could be a different type of experience, but I think we kind of have to go with the flow when it comes to changing. This is our world evolving and we must evolve with it. I know change is hard and especially for me too, but better to just surrender.”

Burgess is confident that the “Dancing” creative team would be able to “figure out how to make it work in fitting with all the guidelines” if the show can’t go on as usual. “I certainly hope that there is a way to figure it out because I think the world needs that kind of fun, carefree, loving show that’s just about seeing people do good and overcoming adversity. And dancing! Which brings everybody joy. So I hope that there’s an opportunity to put that show on,” she added.

Burgess was surprisingly cut from the cast last season, along with Artem Chigvintsev, despite being the reigning Season 27 champ with Bobby Bones. But there are no hard feelings because the Aussie is definitely willing to return. “I certainly miss it. And now, especially being away, I miss all my friends,” Burgess said. “I haven’t seen them in so long. I would love to be back, but it hasn’t been a conversation. They haven’t asked me yet. I’m sure they’ve got a lot more things to worry about than whether I’m going to be coming back or not. … It’s still early, so we’ll see. But as I’ve said before, I have so much love for them.”

While we all wait and see in this unpredictable new normal, Burke has some programming ideas for ABC. “I’d love to see reruns of ‘Dancing with the Stars’ in the meantime. Just prepping everybody! Like, gosh, my first season was 14 years ago, so I think people need a good ol’ recap,” she suggested. “You could go through a whole throwback basically. You would just play an episode every day up until this is over.”