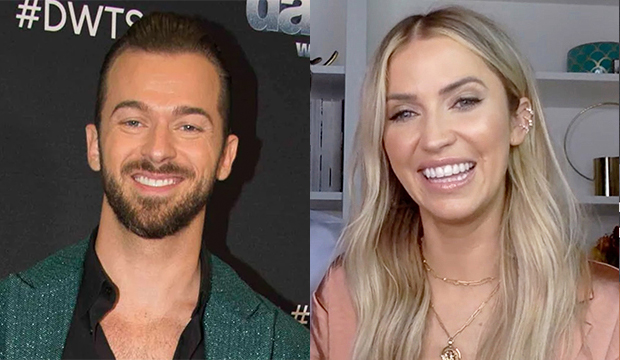 Yup, it’s all related. Chigvintsev, who is returning to “Dancing” for Season 29, revealed to “Entertainment Tonight” that Bristowe was set to be his partner on Season 21, which aired in fall 2015. Bristowe, the only confirmed celebrity for Season 29 so far, had previously said that she was offered “Dancing” after her installment of “The Bachelorette,” which aired that summer, but it never worked out because, according to her, Fleiss wouldn’t allow her to do it.

The pro also referenced Bristowe’s interview on Bella’s podcast “The Bellas.” “Nicole and her talked and they’re like, ‘Oh my God, this would be amazing if you could partner up with Artem.’ There’s been some conversation between them two and I’m just gonna say, hey, bring it on,” he said. “If anybody would ask me who I would wanna be partnered with, I would say Kaitlyn.”

The entire celebrity cast will be announced on Wednesday, Sept. 2 on “Good Morning America,” but just like last year, the pairings won’t be unveiled until the premiere on Monday, Sept. 14. Still, would “Dancing” pass up the opportunity to let Chigvintsev and Bristowe dance together five years after their plan was torpedoed?

Chigvintsev’s return was announced Monday, nearly a week after the initial 14 pros were revealed. He and Sharna Burgess, who is also back this season, were surprisingly cut last year, but the soon-to-be nine-time pro wanted to return. “Long story short, I [originally] contacted the producers saying, ‘Hey, I’m open to coming back to the show,'” Chigvintsev said. “There had been a few conversations back and forth but nothing was guaranteed and then it happened.

When he finally got the call, “I teared up,” he continued. “I was speechless for a second, and then all I wanted to do was be done with the phone call, go downstairs, tell Nicole and just squeeze my whole little family, and be like, ‘Oh my God, the most amazing thing happened.’ So, I’m dedicating this season to my baby boy.”

Chigvintsev and Bella welcomed a son last month. “This year has been so amazing to me,” he gushed. “First of all, I have a beautiful fiancée. Now I have a newborn baby that we just adore and love. And this is like the cherry on the cake. Getting my dream job back, you know? There is really no other job in the world like ‘Dancing with the Stars.’ So it’s just a perfect situation.”