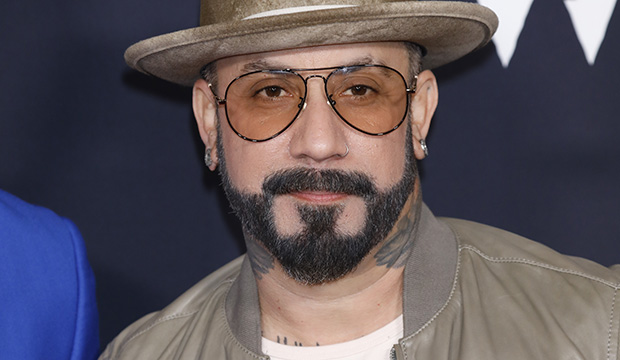 AJ McLean is ready to rock his body on “Dancing with the Stars”: The Backstreet Boys member will compete on the upcoming 29th season.

His casting was announced Thursday on “Good Morning America.” McLean, who had teased fans earlier this week that he was training for something, is the second confirmed celebrity for Season 29 after former Bachelorette Kaitlyn Bristowe and the second Backstreet Boy to compete after Nick Carter, who finished second on Season 21 in 2015 (which was also the installment Bristowe was originally supposed to be on).

“I’ve been dancing since I was about 6 years old, but this is going to be a little bit different,” McLean said on “GMA” (watch below). “There’s definitely been no foxtrot [with BSB] the last 27 years. I can assure you that.”

The 42-year-old reached out to Carter for advice a few days ago, and his bandmate “both supported me and terrified me a little bit.” “Just kind of letting me know the schedule’s going to be rough, but just hang in there, pace yourself. It’s a marathon, not a sprint,” McLean shared of their conversation. “And I’m going to do the best I can and hopefully take home that Mirrorball.”

Carter wished his pal well via a surprise video message. “[When] I auditioned with the Backstreet Boys, you were there and you taught me my first dance moves in the Backstreet Boys. So I owe so much to you, bro, I look up to you,” he said. “And if there’s anybody that can get the Mirrorball, it’s definitely you.”

McLean also shared a shot of him in a rehearsal studio on Instagram — his partner nowhere in sight. The pairings won’t be unveiled until the premiere on Sept. 14. Carter was partnered with Sharna Burgess, who returns this season after being cut last year. She was very excited earlier this week when rumors started swirling about McLean’s possible casting.

We’re going for the mirrorball, baby!! I am so grateful to @dancingabc and @abcnetwork for the opportunity to be joining this season’s cast of #DWTS. I also want to thank my wife and my two girls for letting Daddy go on this new adventure. I’m doing it ALL for you! Get ready, BSB Army, this is going to be a wild ride. LET’S DO THIS!!!!!!

The entire celebrity cast will be announced on “GMA” on Wednesday, Sept. 2.