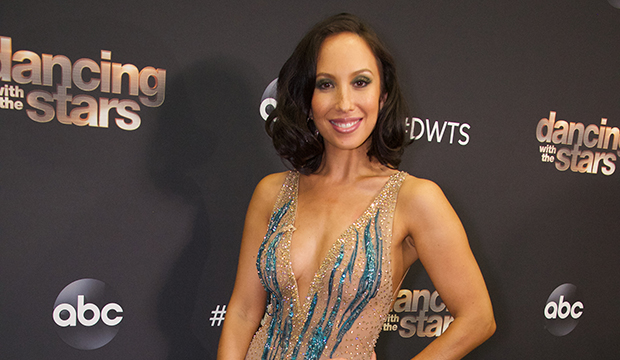 Cheryl Burke has met her “Dancing with the Stars” partner, and while we won’t find out who it is until the premiere, the two-time champ says she’s thrilled with him and has offered some clues to keep you guessing for the next few weeks.

“I was very, very happy. It’s somebody who I think will have lots of potential, but is also just a really cool person,” Burke told “Entertainment Tonight.” “I am going to have to spend a lot of time with this person, so you hope you just like them as a person first, and I definitely can check that box. I think he has some rhythm, so we will see. Ballroom is a whole other beast!”

The entire celebrity cast will be announced on Wednesday, Sept. 2 on “Good Morning America.” Season 29 has two confirmed celebrities so far, former Bachelorette Kaitlyn Bristowe, and AJ McLean, who is the second Backstreet Boy to compete after Nick Carter, who finished second on Season 21.

Is the crooner Burke’s partner? Her clues fit McLean, but they’re also so vague that they can apply to anyone. Her partner has facial hair, has been associated with someone who’s been on the show before, and has some dance experience, Burke teased. “But not ballroom,” she specified. “Sometimes it’s harder to un-train somebody with dance experience than it is to teach somebody with a new skill.”

Burke, who’s heading into her 23rd season, revealed that her partner is a “perfectionist” and that she’ll have to tell him to take it easy eventually. “With perfectionists, they like to over-rehearse. My thing is, I have to take his brain and rewire it and just kind of get in there and be, like, ‘Stop trying to be a perfectionist!'” she shared, adding that he’s an eight or a nine out of 10 right now. “He’s going to really want to go hardcore, but then I’m going to have to tell him just to chill and have fun.”