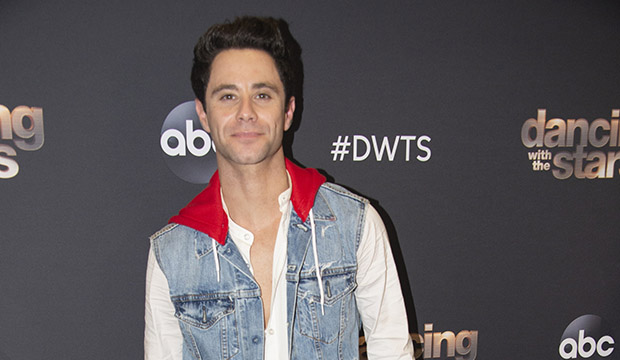 “Dancing with the Stars” pandemic-proof tweaks are going to blow your mind, even if we don’t exactly know what they are yet.

“They’re pretty cool [changes]. There’s so many little things in the mix that are full-on game changers. When we heard them we were like, ‘Oh, why didn’t we do this before? This is going to be epic,'” Sasha Farber told “Entertainment Tonight.” “Unfortunately we can’t say too much, but they’ve really found the best formula for this show to happen. I think this is definitely going to up the show, definitely up the dancing and the effects. And definitely make people want to watch it to see, like, ‘Oh, wow, that’s how that happened.'”

One of the changes that has been unveiled is that the married pros — Farber and Emma Slater, Val Chmerkovskiy and Jenna Johnson, and Pasha Pashkov and Daniella Karagach — have to live apart during the season to curb the possibility of multiple pros/pairings getting sick. (Slater will be the one temporarily moving out of the Farber-Slater household — “She would burn the house down. All my flowers would die, the dog would die, the house would be a mess,” Farber joked.)

There will also be socially distanced rehearsals — the couples can no longer drop by other couples’ rehearsal spaces or hang out.

“So much of the show is just human connection and interaction. But now when we rehearse throughout the week, we can’t go into each other’s rooms. We usually do this ‘show and tell’ where we sit down and watch each other perform, give each other notes,” Slater shared. “Now we can’t have that, but it’s going to be different because the cameras are going to be in the room with us the entire time. Like, you and your partner are going to have everything recorded, and I think the things that are going to come out of that are going to be hilarious.”

The Season 24 champ believes this new reality will also force the pros to be more creative with their choreography and think differently, especially with regards to contact.

“I think it’s going to be different in how we dance with our partners, too. Are we going to do closed contact a lot of the time? There was a discussion, like, is it going to change the way we think about dancing?” Slater said. “It’s going to be really creative, keep us on our toes and there’s going to be some fresh new looks.”

Not the least of which is because of new host and executive producer Tyra Banks, who had previously teased that Season 29 will be “next level.” Karagach and Britt Stewart are also first-time pros, the latter of whom is the show’s first Black female pro.

“We’ve got some incredible pros this season. Shout-out to Daniella, and massive shout to Britt Stewart. Woot, woot!” Slater gushed. “Everyone’s going to be trying really hard to just pull out the stops, and I think it’s going to be really unique. And I’m hearing that the celeb cast is going to be phenomenal.”