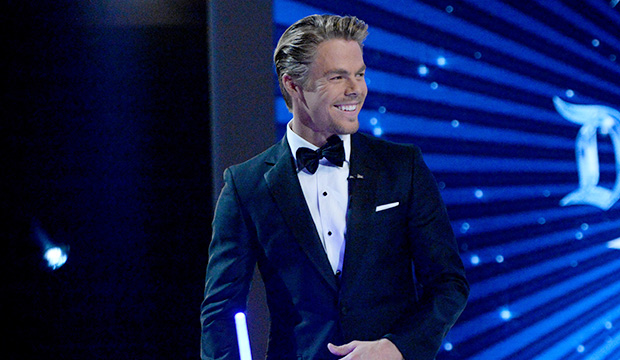 After five seasons away, Derek Hough is coming back to “Dancing with the Stars” — as a judge.

The six-time champ will join OG judges Carrie Ann Inaba and Bruno Tonioli to dole out critiques and scores for Season 29, ABC announced Tuesday. He is replacing head judge Len Goodman, who is unable to travel from his home in the U.K. to Los Angeles because of COVID-19, but will be part of the show in a different capacity. Goodman had said in June that he was concerned he wouldn’t be able to travel to the U.S., so this is not an entirely shocking turn of events.

“This show has been and will always be incredibly special to me,” Hough said in a statement. “Coming back feels like coming home and I couldn’t be more excited to be back in the ballroom.”

The winningest pro in “Dancing” history, Hough competed on 17 seasons, his final one with Marilu Henner in the 23rd installment in 2016, when they finished sixth (he has never finished lower than sixth in all of his seasons). After leaving “Dancing,” Hough, who has won two choreography Emmys for his work on the show, became a judge NBC’s “World of Dance,” which concluded its fourth season last month. So he certainly has the credentials to be a judge. His sister, Julianne Hough, served as a “Dancing” judge from Seasons 19-24, save for Season 22.

This is, of course, the second big front-facing change for the season, following Tyra Banks replacing Tom Bergeron and Erin Andrews as host. Hough has said he thinks the supermodel will do “fantastic.”