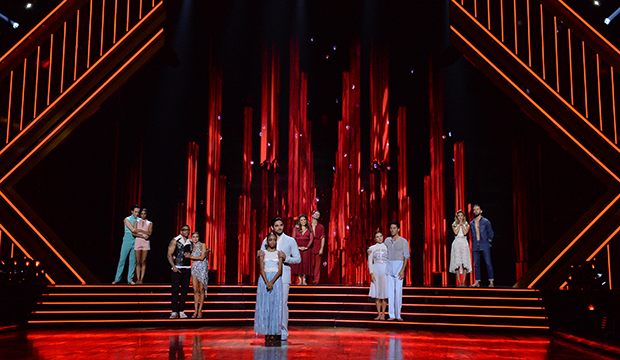 The “Dancing with the Stars” finale is here, and no matter who wins, the MVP will definitely be Nelly.

As previously announced, the rapper will perform a medley of his greatest hits in addition to, you know, competing for the Mirrorball. On the docket are his classics “Ride Wit Me” and “Hot in Herre,” and his latest single “Lil Bit” with Florida Georgia Line. Let’s hope “Dilemma” makes it so we can all roast him and Kelly Rowland for texting via Microsoft Excel again. Never gets old. Daniella Karagach and her hubby, Pasha Pashkov, will dance while Nelly performs, so they can totally reenact this Excel extravaganza.

The final four couples will perform two numbers: a repeat of their favorite dance of the season and the freestyle. Kaitlyn Bristowe and Nev Schulman are redoing dances for which they received 30s, so there’s nowhere to go but down. But they’ll probably get 30s again.

Here are the finale routines:

Nelly and Daniella Karagach: samba (“Rhythm of the Night” by DeBarge) and freestyle (“Savage” by Megan Thee Stallion and “Hypnotize” by The Notorious B.I.G.)

And before we crown a new champ, Derek Hough will perform a solo routine to FINNEAS‘ “Let’s Fall in Love for the Night.” Not to be outdone, Tyra Banks‘ final walkout of the season will be to The Pointer Sisters’ “I’m So Excited.”