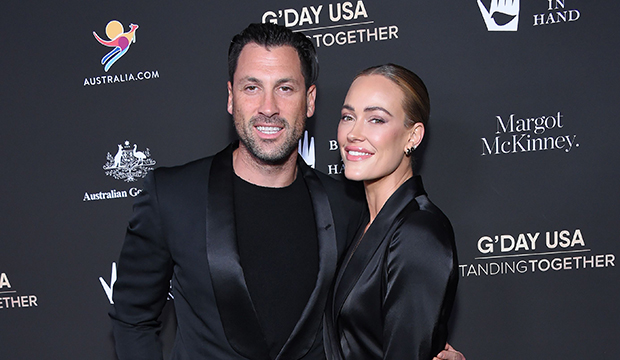 Peta Murgatroyd returned to “Dancing with the Stars” in the fall after a two-year absence, but her husband Maksim Chmerkovskiy still hasn’t changed his tune about coming back.

“I’m most likely going to say no,” the Season 18 champ told “Entertainment Tonight,” which he and Murgatroyd co-hosted on Thursday (watch below), when asked if he’d return to his old stomping grounds.

Chmerkovskiy last competed on Season 25 in fall 2017, which was also Murgatroyd’s most recent outing before she returned for Season 28. He has since said he’d like to be a judge, a la former pro-turned-judge Julianne Hough — a position he’s done as a guest three times on the long-running show — but he’s also currently busy with other projects.

“We have incredible relationships with producers, pretty much everybody on set, behind the scenes and so on. I’m ecstatic for Peta to be able to have this opportunity still when it’s available, and I have to move on,” he said. “I’ve got to do other things. We have so much stuff coming up, and it’s been an incredible, I would say, year of sort of self-discovery as a family.”

Though Murgatroyd did not say if she would return for the upcoming 29th in the fall, she expressed interest in doing so in October, after she and Lamar Odom were eliminated. Back then, she said that she and Chmerkovskiy were discussing possibly having a second child before Season 29 since “Dancing” was skipping the spring cycle again. Murgatroyd sat out Season 23 because of her pregnancy with their son Shai, now 3, and returned for Season 24, which premiered two and a half months after she gave birth.

The couple still has babies on the brain — Chmerkovskiy desperately wants a daughter “more than anything” — but Murgatroyd is not pregnant at the moment. “[It’ll happen] sooner than later, I think,” she said. “We’ll see how it goes.”