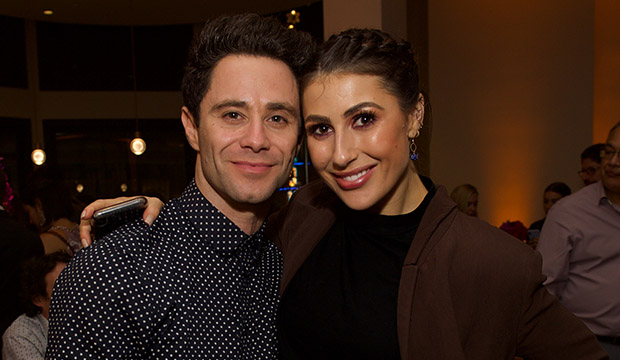 If you’re wondering how “Dancing with the Stars” — you know, a show that involves close human contact and lots of sweat — will pull off its upcoming 29th season in a coronavirus world, well, you’ll have to wait a bit for all of its safety protocols, but one big behind-the-scenes change has been announced: All the pros have to live apart, including the married couples.

Season 29 features three married couples in the pro lineup — Val Chmerkovskiy and Jenna Johnson, Sasha Farber and Emma Slater, and Pasha Pashkov and first-time pro Daniella Karagach — so none of them can live with their spouse for the duration of the season.

SEE ‘Dancing with the Stars’ locks in Season 29 premiere date (it’s soon!) and pro lineup — who is not back?

“It’s going to be bliss,” Slater joked Tuesday on “Good Morning America” after the pro announcement (watch below). “I mean it’s going to be terrible. It’s going to be so different because we can’t actually interact and even prep with each other, which is something completely different, but we’re doing everything we can to keep safe. There’s going to be a lot of FaceTiming.”

We tell you which pros are waltzing into the ballroom this season on @DancingABC!
Meet the season 29 pro cast here: https://t.co/SVakCGByqS #DancingOnGMA pic.twitter.com/1Eia5Nvzlt

The Season 24 champ and her hubby have already decided that she will be the one temporarily relocating — for the well-being of their plants. “Naturally, it’s me that has to move out of the house because in our garden, he’s obsessed with watering, and I would ‘kill all the plants,’ so it has to be me that leaves,” Slater shared.

“It’s funny. When the producers told us we’d have to live separately, this one had a smile on her face,” Farber noted.

“I laughed because I didn’t understand what they were saying,” Slater defended. “I was so confused.”

Former Bachelorette Kaitlyn Bristowe is the only confirmed celebrity contestant at the moment as the rest will be revealed at a later date. Like last season, the pairings will be unveiled on the premiere.