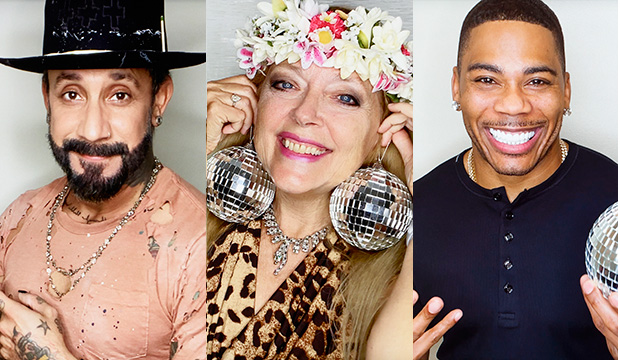 For all the changes “Dancing with the Stars” is undergoing for Season 29, it’s still as predictable as ever. Because “Tiger King” star Carole Baskin is performing the paso doble to Survivor‘s “Eye of the Tiger,” so you can cover that spot on your bingo card now. You know the show won’t be able to resist busting out “The Lion Sleeps Tonight,” “Roar” and “What’s New Pussycat?” the rest of the season. Will she go the whole season (or however long  she lasts) dancing to feline-themed songs? Probably.

ABC has unveiled all 15 routines and songs for Monday’s season premiere. Still TBA: the celebrities’ pro partners, which will be unveiled live on the show. Nelly gets to salsa to his own song, “Ride Wit Me,” but AJ McLean will not perform to a Backstreet Boys tune yet. He does, however, have the jive, and as any BSB fan knows, the band’s longtime record label was the now-defunct Jive Records. The Week 1 routines also include the foxtrot, cha-cha, tango and quickstep.

Carole Baskin: paso doble (“Eye of the Tiger” by Survivor)

Vernon Davis: foxtrot (“All of Me” by John Legend)

Jeannie Mai: salsa (“Tell It to My Heart” by Taylor Dayne)

But the biggest news about Monday’s premiere is that there will not be a fan vote or an elimination. Week 1 dances will only be scored by the judges, and those scores will be combined with Week 2 scores and audience votes to determine the first elimination of the season. When voting starts Week 2, it will still work the same way for the rest of the season: Fans can only vote during the live broadcast in the Eastern and Central time zones, but fans in all time zones can vote during that window, and the combined total will be revealed during the broadcasts.