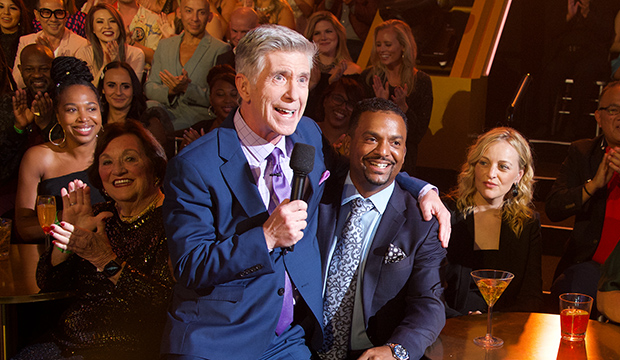 There’s no word on how or if “Dancing with the Stars” will return in the fall in a COVID-19 world, but former champ Alfonso Ribeiro believes it can be done — with a big change: It won’t be live.

“It would be much harder. The real question is does it stay live or go to a pre-taped program? I think it would have to become a pre-taped program,” Ribeiro told “TV Insider.” “Maybe the judges could watch [and judge] a taped performance? You’d lose the beauty of the set, the audience, the ‘here we go’ showtime aspect of it all. But they could still do it.”

The Season 19 champ pointed to “American Idol” as an example of a reality competition program that has continued to air during the coronavirus-induced lockdown with live-to-tape episodes of performances from contestants’ homes. “Idol” crowned its latest champ on Sunday, while “The Voice,” which has employed the same format will do so on Tuesday.

“It wouldn’t be the same, but ‘American Idol’ has shown how it can be done,” Ribeiro noted. “It’s more entertaining with a live audience but there’s no way to replicate that. I think 99 percent of the audience is people watching from home. I believe we’ll return to some sense of normalcy in the fall.”

The “Fresh Prince of Bel-Air” star is the latest to weigh in on alternative approaches “Dancing” could take to produce a 29th season in the fall. Last month, two-time champ Cheryl Burke, who shared that the plan was to go forward with the season as far as she knew, said she was all for a virtual installment.

SEE What happens to ABC’s Monday nights if ‘The Bachelorette’ and ‘Dancing with the Stars’ can both air in the fall?

“I think there is a creative way of doing things. Everyone is really into taking 15-minute classes. If [the show can’t return], we’ve gotta do [it virtually],” she stated. “We’ve got to do it like this. At the end of the day, I can teach [my husband] Matt [Lawrence] how to dance. I think it’d be really cool to teach your loved one at home how to dance. It could be a different type of experience, but I think we kind of have to go with the flow when it comes to changing.”

Ribeiro won Season 19 in 2014 with Witney Carson, a run that he says “gave me a career again.” Not long afterward, “Dancing” host Tom Bergeron recommended Ribeiro to succeed him as host of “America’s Funniest Home Videos,” from which he stepped down after 15 seasons in 2015. “I think Tom Bergeron is the best host on television. He’s fantastic. He decided to leave the show. I was blessed by the ‘godfather’ to take over and as he was leaving,” Ribeiro recalled. “He went to ABC and said, ‘I think Alfonso would be the guy.’ He said to me, ‘Just be you. Just do you, and I think the audience will respond and love you for it.’ I said, ‘All right!'”

Because of that, the actor will “always honor, respect and love” “Dancing.” “It was a venue for me to showcase me — who Alfonso Ribeiro is — not my character from ‘Fresh Prince of Bel-Air.’ As amazing as that character is, there might be person who is just as fun to hang around,” he said. “Our bond was special on that show. I don’t know if I would have won with any other partner. The hard work and the energy would have been there, but there’s no guarantee the audience would have responded [to another couple] the way they did to Witney and me. This life that I have I partly owe to Witney. I will always support her and her husband, Carson [McAllister].”

He added: “There are other relationships I have from that show that have turned into lifelong friendships — Sasha [Farber] and Emma [Slater], Keo [Motsepe] and Mark Ballas. We’ll grow old together and talk about the show.”