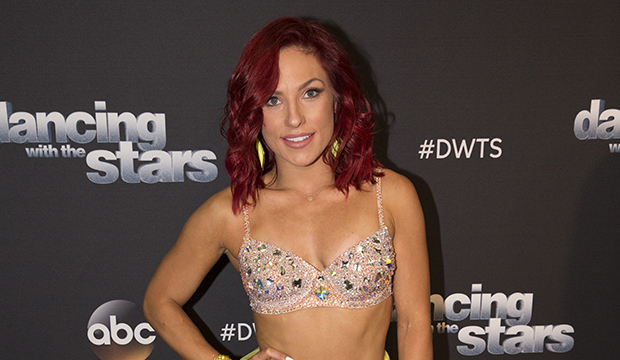 Sharna Burgess is stoked to be back on “Dancing with the Stars” after missing last season.

“ITS [sic] BEEN SO HARD NOT TELLING YOU GUYS!!!” the pro posted on Instagram on Tuesday after the premiere date and pro cast were announced. “But it’s official, the cats [sic] out of the bag and I am BACK on @dancingabc for season 29 💕 I’m grateful, I’m excited, and I am so ready to get back on that dance floor. Let’s take guesses below on who you think my partner will be.”

The Aussie had been on 12 straight installments from Season 16-27, winning the 27th outing with Bobby Bones. She was shockingly cut before the 28th season last year, as was Artem Chigvintsev. But she said last week there was “no love lost” between her and the show, and would be “over the moon” if she were asked back for Season 29.

ITS BEEN SO HARD NOT TELLING YOU GUYS!!! . But it’s official, the cats out of the bag and I am BACK on @dancingabc for season 29 💕 I’m grateful, I’m excited, and I am so ready to get back on that dance floor. Let’s take guesses below on who you think my partner will be 😊

Outside of former Bachelorette Kaitlyn Bristowe, the full celebrity cast has not been revealed yet, but the pairings won’t be unveiled until the premiere, which will also see the debut of Tyra Banks as host.