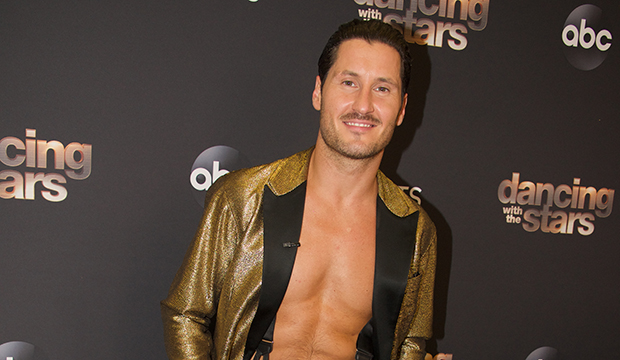 Maksim Chmerkovskiy still isn’t returning to “Dancing with the Stars” in the foreseeable future (if ever), but that’s not the case for his brother, Val Chmerkovskiy.

“I personally still want to serve the show,” Val told “Us Weekly.” “How much longer, I don’t know. If they continue to call me back, I am more than willing to be a part of it and continue to serve my presence on the show.”

A pro since Season 13, Val has twice won the Mirrorball trophy, in Seasons 20 and 23, and is one of the few old guard pros left. Last season, he placed ninth with Sailor Brinkley-Cook. (“Dancing” hasn’t officially been renewed for a 29th season yet, but all signs are pointing toward a green light.) Maks, who won Season 18, last competed on Season 25 in 2017. While his wife Peta Murgatroyd returned last season after a two-year hiatus, Maks been saying for two years — and reiterated last month — that his days as a pro are over (though he’s interesting in judging).

“I think I’m just going to be the sideline mascot bringing babies to see their parents do their thing,” Maks told “Us Weekly.” “I’ll be that person.”

Maks still follows and supports “Dancing,” as his wife, brother and sister-in-law, Jenna Johnson, are still on, but he now enjoys seeing the show evolve and the influx of new blood. “I keep saying the platform has been amazing. It’s great to see new faces especially representing ballroom dance. We’ve had an incredible wave of new people that are now representing the same way, and probably better,” he explained. “This is exciting. Some changes are happening to the show [and] I just want it to stick around. So, if I need to support it on the side and be that mascot, I’ll do it.”

While you don’t see Maks on the “Dancing” floor in the near future, you can see him — and Val and Murgatroyd and Johnson — live in person very soon. The brothers announced their new tour on Tuesday, “Maks & Val Live 2020: Motion Pictures Tour.” Kicking off on June 11 and featuring their wives as special guests, the 57-city tour is inspired by film and will reinterpret iconic dancing scenes in movies. Tickets go on sale Friday.

“We are thrilled to get the whole family together to bring this incredible tour to life for our fans,” Maks said in a statement announcing the tour. “Movies have inspired all of us in our creative pursuits, and we can’t wait to pay homage to our favorite films through the medium we love most, dance!”

“We couldn’t think of a better way to spend our summer, doing what we love,” Murgatroyd added.