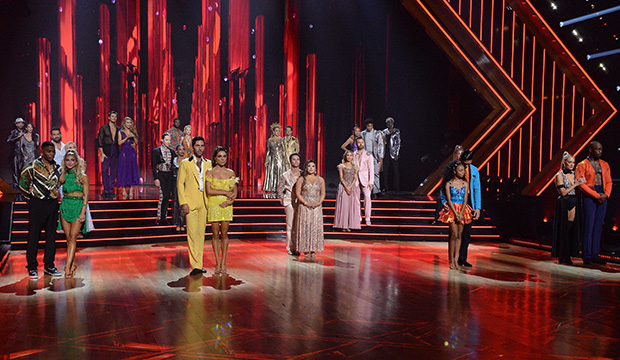 It’s the most synergistic time of the year: Disney Night on “Dancing with the Stars!” And don’t worry, Carole Baskin will continue her feline theme with “The Lion King.” Because who didn’t see this coming?

The “Tiger King” star will perform the samba to “Circle of Life” on Monday, so this could be, um, interesting. How many rolls will Pasha Pashkov toss in here? And how will they recreate the iconic opening (because you know they will)?

Two dances will be performed the first time this season: the Charleston by Justina Machado and Sasha Farber, and the Argentine tango by Nev Schulman and Jenna Johnson.

Kaitlyn Bristowe has the rumba, which ought to be slightly easier on her bum ankle.

Most of the Disney movies and songs are well-known classics — and one will definitely make you cry, so get the Kleenex now: “Married Life” from “Up,” to which Jeannie Mai and Brandon Armstrong are performing their Viennese waltz. You won’t know one song because it’s from a movie that hasn’t been released yet, “Soul,” which is scheduled to open Nov. 20. Gotta get that promo in!

Here are the Week 3 dances:

Monica Aldama and Val Chmerkovskiy: waltz (“Part of Your World” from “The Little Mermaid”)

Carole Baskin and Pasha Pashkov: samba (“Circle of Life” from “The Lion King”)

Vernon Davis and Peta Murgatroyd: quickstep (“Be Our Guest” from “Beauty and the Beast”)

Skai Jackson and Alan Bersten: jive (“Almost There” from “The Princess and the Frog”)

Nev Schulman and Jenna Johnson: Argentine tango (“Angelica” from “Pirates of the Caribbean: On Stranger Tides”)

Chrishell Stause and Gleb Savchenko: waltz (“A Dream Is a Wish Your Heart Makes” from “Cinderella”)

The show will open with the cast and Tyra Banks naming their favorite Disney films. And unlike past Disney Nights on which everyone was spared, the carriage will turn into the pumpkin this time, and one couple will be eliminated.

After airing on Tuesday in Week 2, “Dancing” will return to its regular timeslot, Mondays-at-8, on ABC.