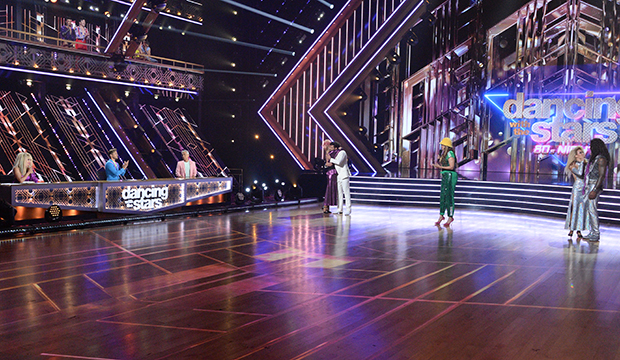 The top 11 couples will hit the floor on Monday’s “Dancing with the Stars,” but the most anticipated routine of the night — or at least the most pimped — is arguably Derek Hough‘s.

The new judge and his girlfriend Hayley Erbert, a former troupe member, will perform a paso doble to “Uccen” by Taalbi Brothers. “I certainly don’t wanna disappoint. I’m gonna bring my all,” Hough teased of the performance three weeks ago. “My M.O. is entertaining and bringing joy to people, and that’s it. I’m so happy I’m able to do that on this show.”

The six-time champ left “Dancing” after finishing in sixth place with Marilu Henner on Season 23 in 2016.

Meanwhile, the top 11 will each tackle an unlearned dance. No new dances this week, but after their season debuts last week, jazz and contemporary are sticking around.

Here are the Week 6 routines:

Monica Aldama and Val Chmerkovskiy: rumba (“Have I Told You Lately” by Rod Stewart)

Jeannie Mai and Brandon Armstrong: rumba (“You Gotta Be” by Des’ree)

Chrishell Stause and Gleb Savchenko: contemporary (“Stars” by Grace Potter and the Nocturnals)

Expect Stause and Savchenko to rebound with a high score since they lucked out with contemporary. Davis and Murgatroyd also got a windfall with a cha-cha, which is simple enough that it won’t put too much stress on Murgatroyd’s pulled neck.

As for Tyra Banks, well, she’s walking out to Diana Ross’ “I’m Coming Out.”