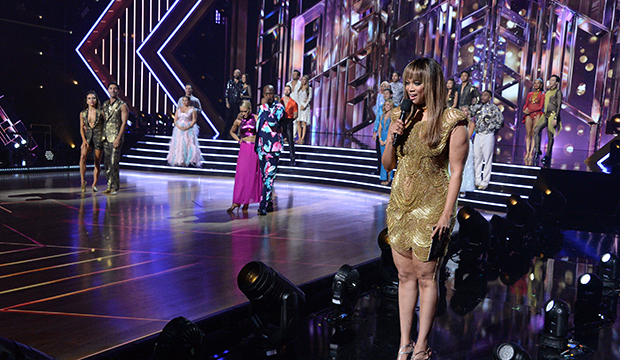 “Dancing with the Stars” is celebrating Halloween a little differently this year, holding a Villains Night in lieu of a generic spooky season one on Monday. That means the top 10 couples will be channeling some iconic pop culture baddies while dancing to some songs that are wee bit on the nose, but what do you expect from the show that gave Carole Baskin three feline songs in a row?

The costumes include Nurse Ratched (unclear if this is Louis Fletcher‘s Nurse Ratched or Sarah Paulson‘s), Cruella de Vil (hopefully the costume department will take a page out of Glenn Close‘s homemade one) and Hannibal Lecter (bonus points if they do Mads Mikkelsen‘s instead of Anthony Hopkins‘). Jeannie Mai has the cannibalistic serial killer and she’s dancing to — wait for it — “Maneater.” Meanwhile, Nelly‘s got “Can’t Feel My Face” for his Freddy Krueger get-up. Imagine if these songs hadn’t cleared.

Because of the dramatic theme, prepare for lots of paso dobles and tangos — both regular and Argentine — as eight pairs have one of those three dances. The other two will be a jazz and a Viennese waltz.

Here are the Week 7 routines:

Skai Jackson and Alan Bersten: Argentine tango (“Everything I Wanted” by Billie Eilish, dressed in a costume inspired by Bride of Chucky)

Justina Machado and Sasha Farber: tango (“Take Me to Church” by MILCK, dressed in a costume inspired by Carrie)

AJ McLean and Cheryl Burke: tango (“Psycho” by the Intermezzo Orchestra, dressed in a costume inspired by Norman Bates)

Nelly and Daniella Karagach: Argentine tango (“Can’t Feel My Face” by The Weeknd, dressed in a costume inspired by Freddy Krueger)

Chrishell Stause and Gleb Savchenko: paso doble (“In the Air Tonight” by VonLichten, dressed in a costume inspired by Maleficent)

If you care about these things, Tyra Banks will walk out to Rockwell‘s “Somebody’s Watching Me.” No word on what’s sure to be her first of many costumes.