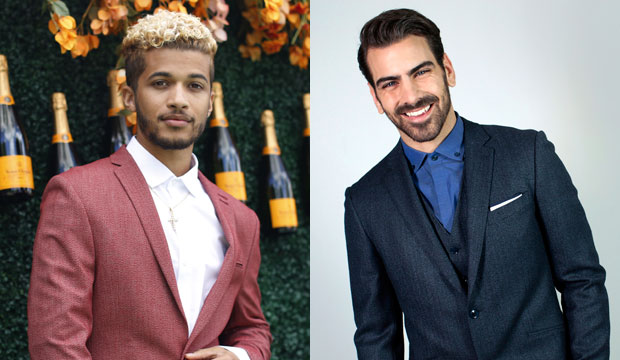 “Dancing with the Stars” has always been a good-natured amateur competition where celebs from all walks of life learn to dance in the hopes of claiming the Mirror Ball Trophy. But dancing can be romantic and even sexy, and come on, we’re all adults here. The show is never only about hotness, but it’s always a least a little about hotness, and the show is equal-opportunity when it comes to showcasing its male and female contestants’, ahem, talent. Scroll down to vote in our poll to let us know who you think is the hottest male celeb to date. And since hotness is subjective, of course, let us know in the comments who you think we grievously left off our list.

We’ve selected 15 appealing candidates, and since great dancing is sexy, a few of our choices won the Mirror Ball in their respective seasons: speed skater Apolo Anton Ohno, model Nyle DiMarco, football player Rashad Jennings and Broadway actor and singer Jordan Fisher. DiMarco’s achievement was especially inspiring since he won the competition despite being deaf. And he’s not the only one who overcame difficult challenges to excel on the show: US Army veteran Noah Galloway was injured in combat and lost an arm and a leg, but he eventually became a sports enthusiast and fitness model, and he made the “DWTS” finals.

Select from among the show’s foremost hunks below. Do you think anyone from season 29 will eventually join their ranks for hotness by the time the season is over? Only time and good choreography will tell.