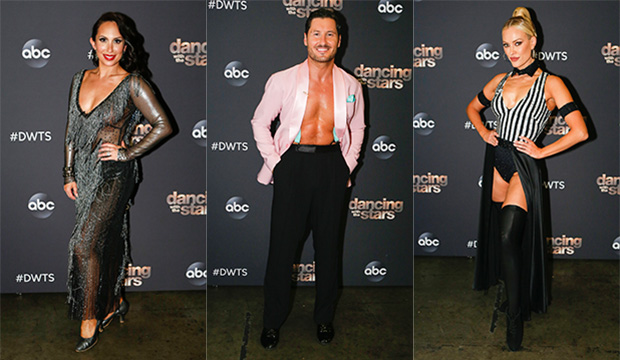 Three wins is a very tough barrier for “Dancing with the Stars” pros to cross — well, unless you’re name is Derek Hough. The new judge is the only pro to have crossed that threshold, having nabbed a record six victories. Six other pros have triumphed twice, three of whom — Cheryl Burke, Val Chmerkovskiy and Peta Murgatroyd — have yet another chance to add a third this season. Who would you like to see lift their third Mirrorball trophy?

Now in her 23rd season, Burke came in to “Dancing” hot: She joined in Season 2 and won that with Drew Lachey and then backed it up with a second straight victory in the third season with Emmitt Smith. She’s since notched two second-place finishes (Gilles Marini, Season 8; and Rob Kardashian, Season 13) and three third-place finishes (Cristian de la Fuente, Season 6; William Levy, Season 14; and Jack Osbourne, Season 17).

Since Osbourne, the closest she’s come to Mirrorball glory again was in the 27th season with Juan Pablo Di Pace, who was the season-long favorite (and judges’ favorite), but was shockingly eliminated in fifth place. She’s paired with Backstreet Boy AJ McLean this season, and they’ve done well so far, landing in the top five, score-wise, after two weeks, which leaves room for improvement. His bandmate Nick Carter made it to second place on Season 21, and Burke has already proven she can win with a boy bander.

SEE ‘Dancing with the Stars’ Week 2 recap: And the first elimination is…

Chmerkovskiy is in his 16th season and has won his bookend trophies most recently of the three, prevailing in Season 20 with Rumer Willis and then in Season 23 with Laurie Hernandez. He placed second with newly crowned Emmy champ Zendaya in Season 16 and has four third-place finishes with Kelly Monaco (Season 15), Janel Parrish (Season 19), Ginger Zee (Season 22) and Normani Kordei (Season 24). Zendaya and Kordei were season-long front-runners but got nipped at the finish line.

Murgatroyd, Chmerkovskiy’s sister-in-law, is in her 13th season and has been unbeatable if she makes it to the final three. She won Season 14 with Donald Driver and Season 22 with Nyle DiMarco, and has zero second- or third-place finishes. Her next highest placement is fourth with James Maslow in Season 18. She paired another Super Bowl champ this year, Vernon Davis, and they’re one of the six aforementioned couples with a score of 36 or 35. Football players have always done well on “Dancing” — besides Smith and Driver, Hines Ward and Rashad Jennings have won — and Davis certainly has the potential to follow in their footsteps (no pun intended).