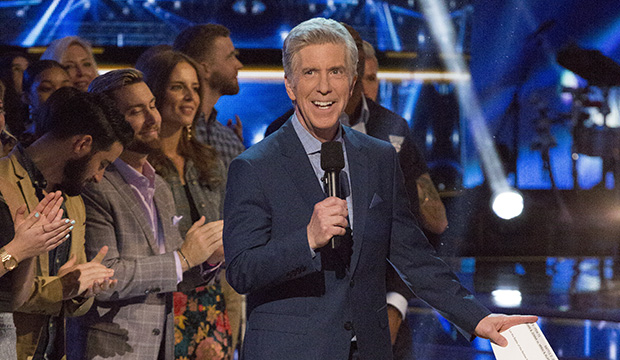 You may miss Tom Bergeron dearly on “Dancing with the Stars,” but the former host has very much moved on from his old gig.

During an appearance on John Melendez‘s “The Stuttering John Podcast” (watch below), Bergeron was asked if he misses the show he spent 15 years and 28 seasons hosting. “No,” Bergeron emphatically replied without skipping a beat. “No, because it started changing early in 2018. There were staff changes and, I think, philosophical changes about how to do the show. So I miss the earlier years. I miss up until that point when it had a different vibe, a different feel. No, I’m kind of digging this time off and I’m quite capable of being very lazy.”

Any “Dancing” fan knows that 2018 was an inflection point in “Dancing’s” run. That was, as of now, the final time the series had a spring season, which was the ill-advised four-week “Athletes” installment. Season 27, which aired that fall, ended with Bobby Bones‘ divisive victory that spurred changes to the elimination format.

Bergeron also referenced on the podcast his dispute with producers last season when they cast Sean Spicer after initially agreeing with Bergeron not to tap any political figure from either side of the aisle. He memorably called out the casting in a lengthy statement.

The Emmy winner and Erin Andrews were fired in July and were replaced by Tyra Banks, who also serves as an executive producer. Executive producer and showrunner Andrew Llinares, who joined the show last season, has said the change was to evolve the long-running series and keep it fresh. Bergeron told Melendez that he “can’t speak to [the producers’] mindset” and declined to get into the details of his exit.

“Look, my bottom line is, I’ve had a wonderful career. I’ve got friends who are still on that show, both on camera and behind the scenes, so, out of respect for them, that’s about all I’ll say,” he explained. “There are a lot of people who I really care about who are on that show, who I hope have long, thriving careers. And to those who came to me when the word came down in July that I wouldn’t be part of it anymore — some of the pros said, ‘We don’t know if we want to be part of it.’ I said, ‘Look, you’re building a brand, you’re in your 30s or late 20s or whatever, and I’m an old guy. I’ve made my money. I’m all right, so don’t worry about me. Just go and build your brand.'”

At the moment, Bergeron is not actively looking for a new hosting job. “I never say never. But, I’ve hosted, as you’ve pointed out, so many different formats. I’m not really looking to work a lot, five days a week,” he said. “Now, I’m 65, I’ve got some money in the bank. I’m enjoying my life.”

And before you ask, no, he would never return to “Dancing” to compete. “Oh, sh– no,” he deadpanned. “We’re done, we’re done, that train has left the station.”