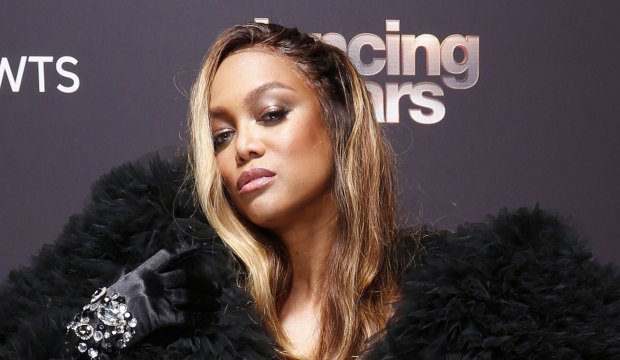 The first elimination of “Dancing with the Stars” season 29 was its most shocking: Tom Bergeron and Erin Andrews fired as hosts of the long-running competition series. They were surprisingly replaced by Tyra Banks, who had never been on the show before but was also tapped as a new executive producer. Now that you’ve had the chance to see her for the entire season, do you think she successfully filled their shoes? Scroll down to vote in our poll at the bottom of this post.

This wasn’t Banks’s first rodeo when it came to hosting a reality competition show. She created and hosted “America’s Next Top Model,” and then she took the reins at “America’s Got Talent” in seasons 12 and 13. She even won a couple of Emmys for her daytime talk show in 2008 and 2009. But replacing Bergeron and Andrews wasn’t the only thing that made her “DWTS” gig challenging. She was also emceeing the show as it tried to adjust to the COVID-19 pandemic.

Though the stars of the show were still the celebrity contestants who competed for the Mirror Ball Trophy (“Bachelorette” star Kaitlyn Bristowe ultimately won), Banks undoubtedly brought a flair for the dramatic to the show, especially when it came to fashion. She came out in some gowns so voluminous she probably needed a whole other ballroom to get dressed in.

SEE‘Dancing with the Stars’ freestyle dances: Whose was the best? Watch all 4 finalists bust a move in the season finale

And there were a couple of bumps in the road too, like when the wrong bottom two were named at the end of “Top 13” night, though producers explained that Banks was not at fault for that snafu. With all those changes and challenges on the show this season, do you think she handled herself well overall? Vote below.