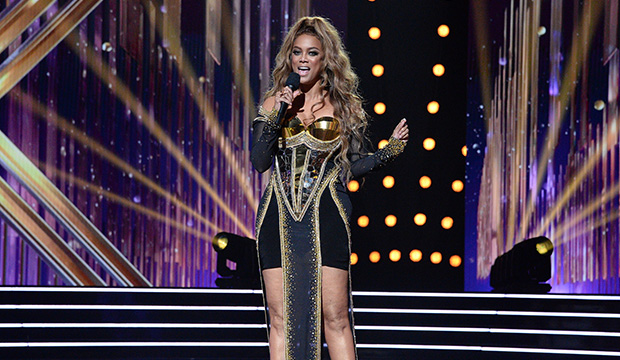 Keep coming for Tyra Banks all you want, but she’s going to remain unbothered. In a TikTok video following Tuesday’s episode of “Dancing with the Stars,” the host addressed the hate she’s been getting on social media after flubbing some lines on the show.

“Tonight, I hosted the second episode of ‘Dancing with the Stars’ … and it wasn’t perfect,” Banks said. “Yeah, I had a lot of fun, but I messed up. I said the wrong words, but the thing is I kept, kept going.”

The supermodel pointed to Skai Jackson, who bungled a lift during her samba with Alan Bersten and received a 15, tying Charles Oakley, who ended up getting eliminated, for the lowest score of the night.

“Forgive yourself when you mess up. Stand the heck up and keep going,” she continued. “And tell the haters, ‘What? what? I don’t know your name. What? What? I don’t see you. What? What? ‘Cause I’m getting up and I’m keeping going.'”

SEE Nope, Tom Bergeron will not rage out against Tyra Banks: ‘Nothing against’ the new ‘Dancing with the Stars’ host

Banks, of course, is no stranger to scrutiny from “Dancing” fans. Many are upset about her replacing Tom Bergeron and Erin Andrews, who were fired in July as part of a creative overhaul. The “America’s Next Top Model” creator was well aware of the difficult situation she was stepping into and has nothing but admiration for Bergeron and Andrews.

“They lead the show. This is one of the top-rated shows in the world,” Banks said earlier this month. “So me respecting the stage that they have set and then adding my icing to that, I feel confident about that. But of course, it’s a challenge, but I don’t back away from challenges.”