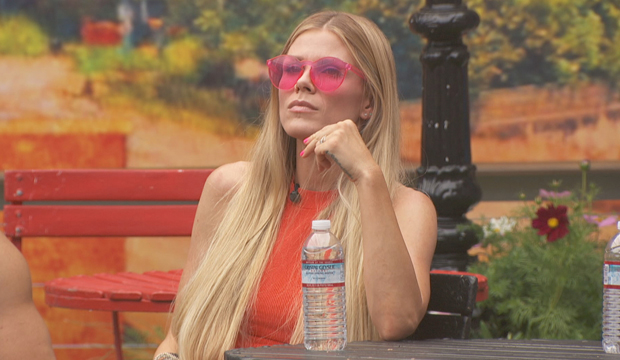 In a season chock-full of former “Big Brother” winners, runners-up and fan-favorites, it seems unfair to single out just one person as playing the best game, particularly after only three weeks. But we’re doing just that. Dani Briones is outplaying her fellow “All-Stars” by leaps and bounds, and it even seems evident the show’s producers are giving her the early “winner’s edit.” Just look at how many of Dani’s private confessionals and one-on-one discussions are shown in each episode, even when they have nothing to do with what’s currently happening in the house.

Below, see my four reasons why I think Dani deserves to win “BB22.” Do you agree or disagree? Be sure to make your predictions and then sound off down in the comments section.

1. She’s savvy
Dani has her eye on the prize, and she won’t let anybody — not even an alliance member — stand in her way. Last week Dani called out Head of Household Memphis Garrett for refusing to put up a big target (i.e. Janelle Pierzina or Kaysar Ridha). “Memphis is so soft,” Dani adamantly declared about her Commission partner. She went on, “He’s out here calling other people a rookie, but in the end Memphis is the one making the rookie moves this year.” Then this week, Dani planted seeds that Tyler Crispen is too good at the social aspects of the game and that Memphis is untrustworthy after he apparently threw the Veto competition. Ouch!

2. She’s protected
Speaking of The Commission, Dani is a member of this alliance that’s dominated every aspect of the game so far, winning three consecutive HOH competitions (for Cody Calafiore, Memphis and Tyler) and evicting the person of their choosing each week. In addition, she’s also a member of the less-powerful, but still numbers-important, alliance known as the Slick Six. The only people Dani doesn’t have an alliance with are Janelle and Kaysar and the so-called “floaters” — David Alexander, Ian Terry and Kevin Campbell. If there’s power in numbers, Dani is one of the most powerful people in the house.

3. She’s royalty
“Janelle absolutely is the ‘Big Brother’ queen,” Dani smartly proclaimed this week, “but I have to make sure that she goes because it’s time for a new coronation.” This stay-at-home mom from Orange County is already considered by many “BB” fans to be reality TV royalty, especially after her breakout turn in Season 8 in which she made it all the way to second place and lost to her father, Dick Donato. Hmm, if Janelle is the queen, does that make Dani a princess? Either way, if Janelle goes home on Thursday night then Dani is officially the most “old school” female still in the house. Bow, peasants.

4. She’s overdue
As mentioned above, Dani came so close to winning the eighth season of the show, which ended in a 5-to-2 vote for Evel Dick. Many fans thought she was robbed, which is why they were happy she returned in Season 13. Unfortunately, Dani only made it to the halfway point of that season, but at least she met her future husband, Dominic Briones. Cody, Memphis and Tyler are the only other runners-up in the “All-Stars” house, but they’ve all played just once before, so they don’t quite have the same overdue narrative as someone like Dani.