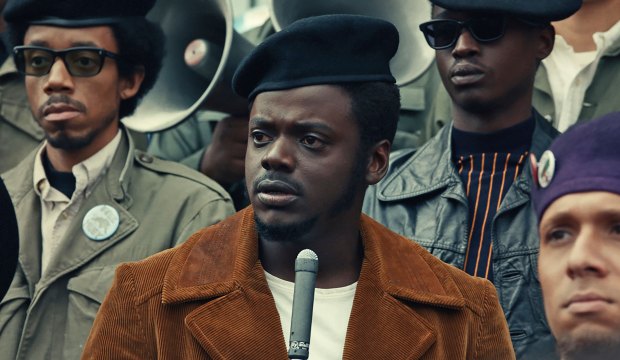 “Judas and the Black Messiah” is one of the big remaining question marks for the 2021 Oscars as it still hasn’t been officially screened for critics. But Daniel Kaluuya has still been climbing in our Best Supporting Actor predictions for the docudrama, and as of this writing he has risen into our top five.

The film tells the true story of how FBI informant William O’Neal (Lakeith Stanfield) infiltrated the Black Panther Party and helped the feds assassinate Panther leader Fred Hampton (Kaluuya). Though we haven’t seen the film yet, we’ve seen the trailer, and it has the potential to be a barn burner of a performance from Kaluuya as the charismatic and passionate revolutionary.

Based on the combined predictions of thousands of Gold Derby users as of this writing, Kaluuya ranked fourth with 11/1 odds — merry Christmas, indeed. Compare that to December 15 when he ranked sixth with 14/1 odds. And before that on December 7 he was in ninth place with 22/1 odds. So his ascent has been swift.

And we know how much the academy loves biographical roles. Last year Renee Zellweger won Best Actress as Judy Garland in “Judy.” The year before, three of the four acting winners played real people, including Mahershala Ali (“Green Book“) in the Best Supporting Actor race Kaluuya is hoping to win now. It doesn’t hurt that Kaluuya is a British actor affecting an American accent; Oscar love accents too.

It helps that Kaluuya already has an Oscar track record: he was nominated for Best Actor for his breakthrough role in Jordan Peele‘s 2017 horror film “Get Out.” Five of the Expert journalists we’ve surveyed say Kaluuya will now be nominated again, and Clayton Davis (Variety) even says he’ll win. But the actor has even bigger support from our All-Star Top 24, who had the best predictions when you combine the last two years’ Oscar nominations: 10 of them say he’ll win this wide-open race, more than any other contender.

Do you agree with our All-Stars that Kaluuya is one of the top contenders to win this prize?