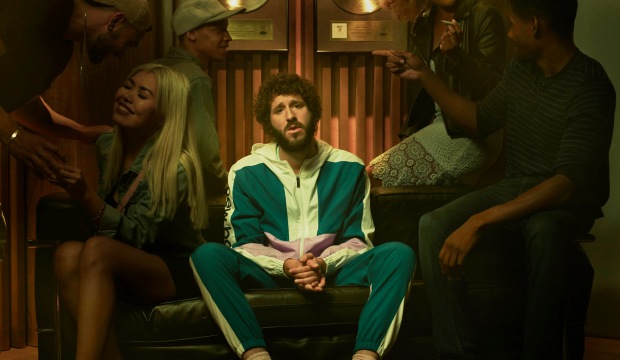 “Ramy” was the surprise Golden Globe Award winner last year for Best TV Comedy Actor with 28-year-old Ramy Youssef‘s performance and “Dave” could follow in its footsteps with 32-year-old star Dave Burd. Both Burd and Youssef co-created their half-hour shows, on which they serve as executive producers and writers in addition to starring as versions of themselves. This has more or less been the winning recipe for three of the last four winners in this category, with a 34-year-old Aziz Ansari winning three years ago for “Master of None” and a 33-year-old Donald Glover winning four years ago for his fictional character on “Atlanta.” Only a 74-year-old Michael Douglas recently has not fit the mold, although even he pulls double duty on “The Kominsky Method” as an executive producer.

The 10-part debut of “Ramy” made for an unassuming awards player. Despite being one of the year’s best-reviewed shows, it was not nominated by the Emmys or Television Critics Association, nor did it figure much into the critics’ year-end top 10 lists. The Globes and Critics’ Choice nominated it for Best TV Comedy Actor, but not Best TV Comedy Series, with its only Best Series nomination coming in the form of a Best Breakthrough Series nomination from the Gotham Awards.

“Dave” curiously has been flying similarly under the radar for its 10-episode first season. Critical reviews for initial installments were mixed, but buzz built over its run. Top critics reassessed it, it gained vocal supporters in esteemed industry peers and it ranks now as the most-watched comedy in FX Networks history. Despite the commercial and eventual critical success, “Dave” was also blanked by the Emmys and TCA and has been forgotten in end-of-year citations, aside from a Breakthrough Series nomination from Gotham. Dave Burd’s 44-to-1 odds rank him eighth in Gold Derby’s combined predictions for his Globe category.

The snubs of “Dave” to date arguably work in its favor for the Globes, which love anointing shows before the Emmys. Eugene Levy of Emmy-sweeping “Schitt’s Creek” leads our racetrack odds, but it has been 10 years since the Globes rubberstamped the Emmy winner for Best Comedy Actor. The nine winners since Jim Parsons of “The Big Bang Theory” have been from shows that premiered after the Emmys (Michael Douglas, Donald Glover, Andy Samberg for “Brooklyn Nine-Nine,” Jeffrey Tambor for “Transparent), were completely ignored by the Emmys (Gael García Bernal for “Mozart in the Jungle,” Ramy Youssef) or were merely nominated by the Emmys for a season from the early months of the calendar year (Aziz Ansari, Don Cheadle for “House of Lies,” Matt LeBlanc for “Episodes”). Nine of the last 10 winners have won on their first nomination, the exception being Ansari winning for his second nomination and season. 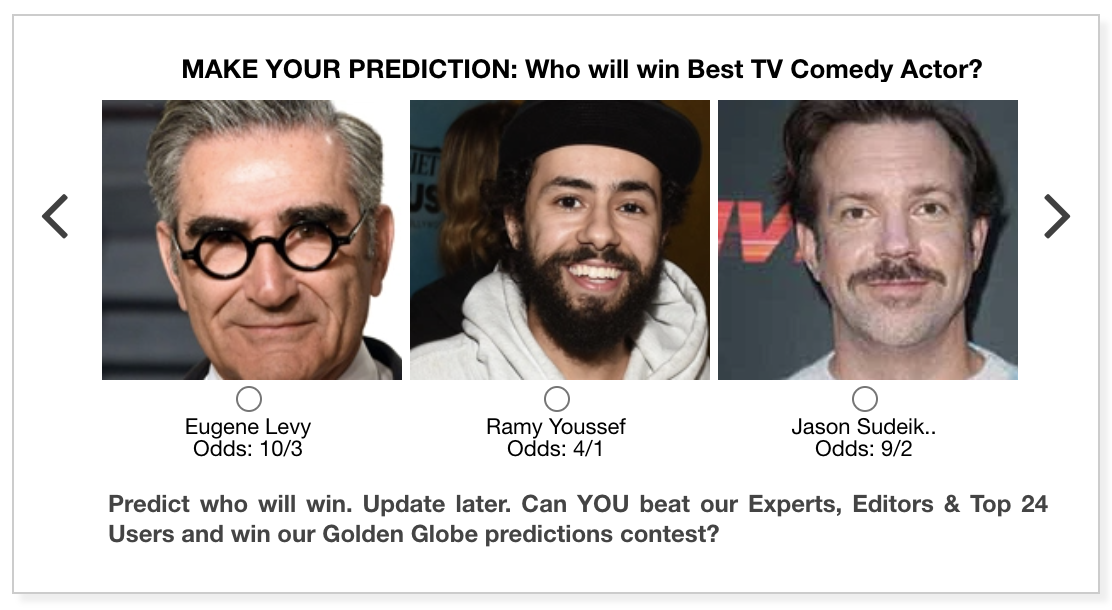