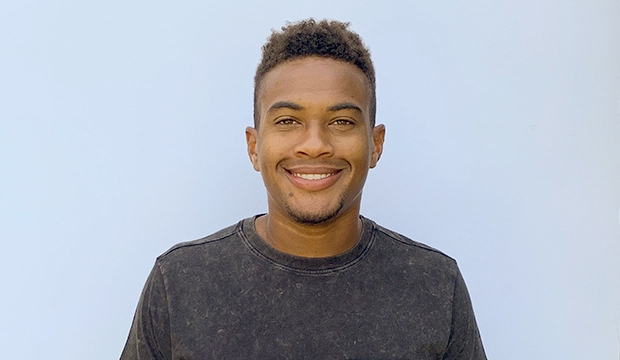 David Alexander became the second houseguest sent packing during Thursday night’s historic triple eviction episode of “Big Brother.” After targeting David since Week 2, Head of Household Memphis Garrett finally got his wish when David was evicted by a narrow 3-2 margin over “BB18” champ Nicole Franzel. Tyler Crispen and Christmas Abbott were the votes in his favor. After taking some time to gather his emotions, David walked out the front door to meet host Julie Chen Moonves.

“Everything happens quick when it’s a fast night like tonight,” David explained in his exit interview. “You don’t have time to process what’s going on in the house. I’m proud. I feel vindicated. To be banished on Day 1 last year and come here on All-Stars season and have an opportunity to get this far in the game, not winning many comps, I’m proud it took a double eviction to get me out.”

“I felt like I could win last year, absolutely,” David admitted when discussing his return to “Big Brother.” “Now I wanted to prove that I could play. If I can’t win these comps against some of the best that have ever played, then I can at least socially get along with everyone to a level that I can get by week to week and get past a few live evictions. And I won in the dark! I won a power in the same comp that took me out of this game, very similar. That was my proudest moment ever. It literally kept me safe two weeks ago and it made my journey in this game that much longer.”

But what was David thinking when he chose a $10,000 prize instead of trying to win the Veto when he was on the block the week prior? “When I grabbed that shirt and I looked at how many people were going to go back up [on OTEV], I could guarantee winning something right now,” he confessed. “This is my moment. I can worry about the process afterwards. Coming into this eviction next to Nicole, I didn’t see Christmas or Memphis, given the opportunity to play HOH and Veto, truly keeping me instead of Nicole regardless of the $10k or not. I don’t regret it.”

“It was very difficult,” David responded when asked what it was like to join the All-Stars cast. “Playing with people who have vast experience, have experience with the house getting smaller, getting to the final chair or being in the final three, getting nominated for the first time, having live evictions, doing these comps for the first time. People have done some of these comps a few times. It’s been so much fun! It’s a pressure cooker and you have to put a fake face on, but getting the chance to truly play after last year has been so amazing.”

Finally, Julie asked David how frustrated he was when the house falsely accused him of voting out Ian Terry. “Multiple weeks I had been trying to build trust with Da’Vonne [Rogers],” he described. “That was such a great move by Nicole and her alliance to flip the vote in that way and pin it on me. People closest to me turned on me and worked with them to get me out. I see the chess being played I just never had the power to play against it.”