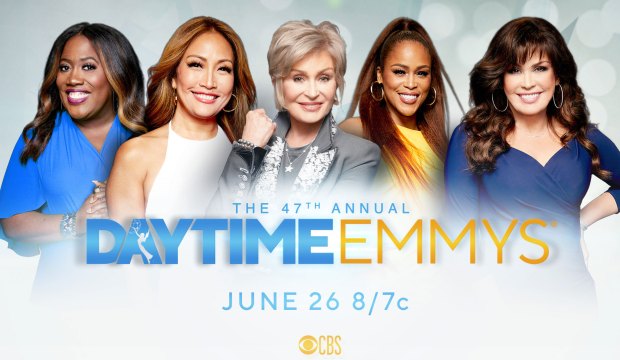 The Daytime Emmys will be held virtually next Friday night, June 26, on CBS, so who better to host the event than the women who also announced the nominees virtually? “The Talk” hosts Sharon Osbourne, Sheryl Underwood, Eve, Carrie Ann Inaba and Marie Osmond have been revealed as the emcees for the 47th annual event. They’re also nominees for Best Entertainment Talk Show Host.

These Emmys were originally scheduled for the weekend of June 12-14 in three ceremonies honoring the best achievements in daytime and online streaming programming across a wide variety of genres including soap opera, talk shows and game shows. But the COVID-19 pandemic forced the academy to scrap their plans for in-person events.

The Daytime Emmys are far from the only entertainment event that has been forced to scramble since the coronavirus outbreak went global earlier this year. Broadway shows shut down, and so did the Tonys. Movie theaters shuttered, and the Oscars instituted new rules, procedures and dates in response. Live reality shows “American Idol” and “The Voice” shook up their formats with remote performances.

And of course the soap operas that the Daytime Emmys honor had to stop production too. “The Bold and the Beautiful” was the first to try to resume production, though it has been a challenge for the show to accommodate the needed testing. So the COVID-19 struggles continue, but we will still get to celebrate daytime TV’s best achievements. Are you looking forward to the show with the “Talk” hosts in the driver’s seat?