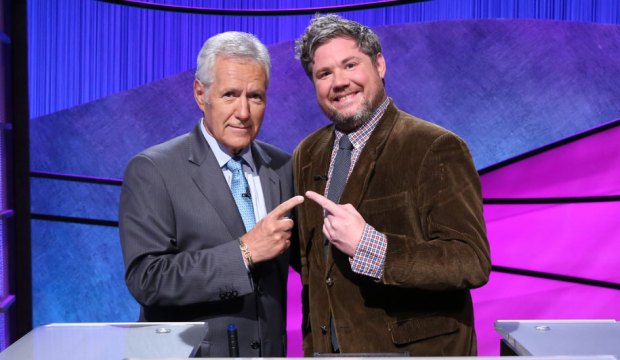 “Jeopardy!” isn’t in jeopardy at the Daytime Emmys on June 26. It’s the front-runner to win Best Game Show and Best Game Show Host (Alex Trebek), according to the combined predictions of Gold Derby users who have placed their bets here in our predictions center. It would extend the show’s record in the top category, though Trebek would only be halfway to the record for the most wins by a host.

SEE2020 Daytime Emmy hosts announced: The women of ‘The Talk’ will headline the event on June 26

This would be the show’s 17th victory, extending its own massive record for the most ever wins in the category. To compare, the next most awarded shows are “Pyramid” with nine and “The Price is Right” with eight. But the trivia show lost to “Price is Right” in 2018 and “Family Feud” in 2019, so it’s far from a sure thing, especially since those shows are nominated again this year, along with “Are You Smarter Than a 5th Grader” and “Double Dare.”

Trebek, meanwhile, is a six-time winner for Best Game Show Host, including in 2019. But that was the first time in more than a decade that Trebek had won that category. Can he go back-to-back for the first time since his consecutive victories in 1989 and 1990? He’s the current front-runner with 16/5 odds with support from 18 of our Top 24 and 20 of our All-Stars.

It would be Trebek’s seventh win, but even that substantial haul pales in comparison to the record-holder, Bob Barker, who took this prize home 14 times over the course of his iconic run on the aforementioned “Price is Right.” Do you agree with our users that Trebek will hold off his fellow nominees Wayne Brady (“Let’s Make a Deal”), Steve Harvey (“Family Feud”), Pat Sajak (“Wheel of Fortune”) and Alfonso Ribeiro (“Catch 21”)?