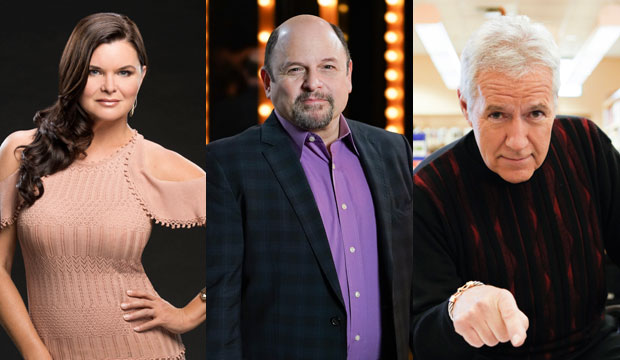 The 2020 Daytime Emmys were handed out on Friday night, June 26, during a special virtual ceremony necessitated by the ongoing coronavirus pandemic. Several milestones were achieved by the time the night was over. See the top nine historic moments below, and check out the complete list of winners here.

2 — Heather Tom wins Best Actress, tying Erika Slezak’s record. Tom’s Best Actress win for “The Bold and the Beautiful” is her third in this category, but her sixth overall. That ties her with Slezak as the most awarded soap actress in Daytime Emmy history.

3 — Jason Thompson finally wins on his sixth try. He claimed Best Actor for “The Young and the Restless,” which was his fourth nomination in the category and sixth overall. He won for playing Billy Abbott, which makes that the first character in history to win Best Actor for two different performers (Billy Miller won for the role in 2014)

4 — Tamara Braun joins an exclusive club of two-time Best Supporting Actress winners. Repeat winners are common at the Daytime Emmys (see above), but only five women have ever won this category twice: Julia Barr (“All My Children”), Nancy Lee Grahn (“Santa Barbara” and “General Hospital”), Amelia Heinle (“The Young and the Restless”), Gina Tognoni (“Guiding Light”) and now Braun. She previously won for “Days of Our Lives,” so she and Grahn are the only actors to win this prize twice for different roles.

SEE‘The Young and the Restless’ wins Best Drama at Daytime Emmys, but they spread the wealth to the other 3 soaps

5 — Bryton James follows in his on-screen father’s footsteps. James won Best Supporting Actor for mourning the death of his on-screen adoptive father, Kristoff St. John, who died suddenly in real life in February 2019. James had previously won Best Younger Actor for his performance. That matches the track record of St. John, who won Best Younger Actor in 1992 and Best Supporting Actor in 2008.

6 — “Jeopardy” extends its record for Best Game Show. It has now won 17 times, far more than any other game show in history. Its host Alex Trebek also won, but at seven victories Trebek is still only halfway to matching record-holder Bob Barker‘s whopping 14 titles.

7 — “The People’s Court” ties the record for Best Legal/Courtroom Show. The series that popularized the courtroom TV genre won the award for the third time, which ties “Cristina’s Court” and “Judge Judy” for the most in the category.

8 — “Seinfeld” alum Jason Alexander finally wins his first Emmy. He notoriously never won a Primetime Emmy for his work on the classic sitcom. But tonight he prevailed for co-writing the original song “The Bad Guys?” from the animated program “Brainwashed by Toons.” Now all four core members of the “Seinfeld” cast — Jerry Seinfeld, Michael Richards, Julia Louis-Dreyfus and now Alexander — are Emmy winners.