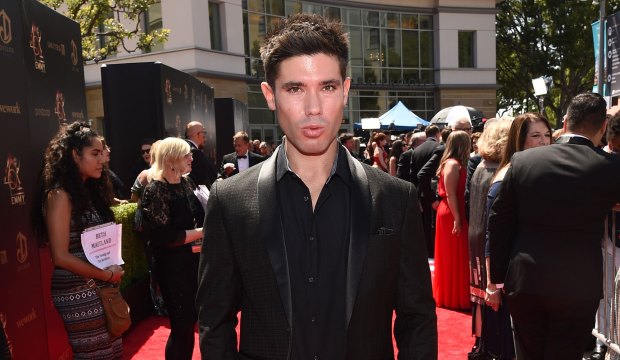 “The Bay” already won Best Digital Drama Series at the 2020 Daytime Emmys telecast on June 26, but the rest of the prizes for digital dramas were presented on Sunday night, July 19, during a special hour-long streaming ceremony hosted by Jai Rodriguez, himself an Emmy winner as one of the original hosts of “Queer Eye for the Straight Guy.” And it was another big night for “The Bay.” Check out the complete updated list of Emmy winners here.

But “The Bay” wasn’t the only big winner. Tristan Rogers claimed Best Supporting Actor for his role on “Studio City.” The actor is better known to many soap opera fans as Robert Scorpio on “General Hospital,” a role he originated back in 1980. But he hasn’t been nominated for that performance. So this was his first Emmy victory, and as he said when accepting the award during the live ceremony, “It took me 50 years to get this one!”

Meanwhile, veteran character actress Lin Shaye (“There’s Something About Mary,” “Insidious”) won her first ever Emmy as Best Guest Actress for Netflix’s “Eastsiders.” Best Supporting Actress went to Tina Benko for “The Rehearsal” in that show’s sole victory. And “After Forever” won Best Writing Team for the second year in a row after sweeping the awards last year. But there’s still more to come from the Daytime Emmys. Awards for children’s, animated and lifestyle programs will be presented in another streaming event hosted by Loni Love next Sunday, July 26.