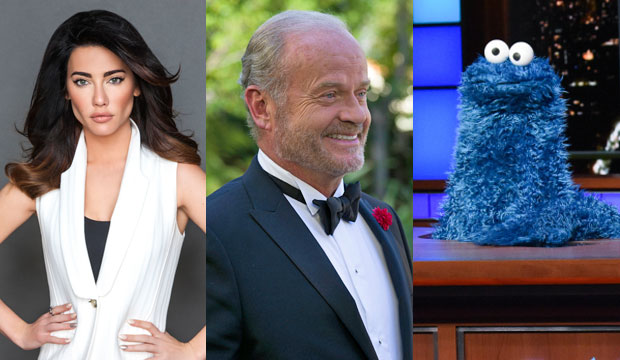 The 2020 Daytime Emmys will take place on Friday night, June 26, during an unprecedented virtual ceremony necessitated by the ongoing coronavirus pandemic. But there are still a number of stars slated to present the kudos. And they run the gamut from soap stars to talk show hosts to a beloved Muppet.

SEE2020 Daytime Emmy hosts announced: The women of ‘The Talk’ will headline the event on June 26

Several of those are also current nominees, including Grammer, whose show “Light as a Feather” is up for Best Young Adult Program; Brady, already a multiple Emmy winner and again a Best Game Show Host contender for “Let’s Make a Deal”; and Best Entertainment Talk Show host nominees and past winners Ripa and Seacrest, among others.

Meanwhile, daytime drama stars MacInnes Wood and Benard are the reigning champions for Best Actress and Best Actor, respectively, though neither is nominated again this year. Reynolds is also a recent Best Actor champ, having won that award in 2018 for playing Abe Carver on “Days.” Who are you most looking forward to seeing at this virtual ceremony on CBS? Will this be a model for award shows going forward?