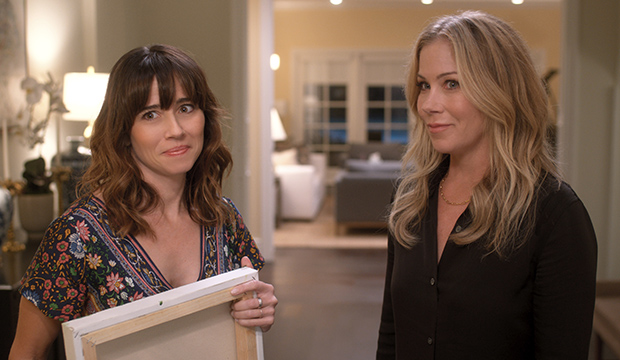 Jen and Judy have one more thing between them, but this one is no secret at all. “Dead to Me” stars Christina Applegate and Linda Cardellini both scored Best Comedy Actress Emmy nominations Tuesday, joining a short list of co-stars to be nominated in the same year.

The two are just the seventh pair to be shortlisted together (for a total of 13 sets of nominations) since 1966, when the Emmys established the category as we know it. The most recent duo was “Grace and Frankie’s” Jane Fonda and Lily Tomlin in 2017. The only other instance this century occurred in 2005 when “Desperate Housewives” bagged three spots for Marcia Cross, Teri Hatcher and Felicity Huffman. The trio broke through 16 years after another trio — “The Golden Girls'” Bea Arthur, Rue McClanahan and Betty White — notched the last of their four straight nominations together in 1989.

This is the sixth Emmy nomination for Applegate, who won in 2003 for her guest spot on “Friends.” Applegate was a surprise nominee last year for “Dead to Me,” earning the show’s sole nomination, and went on to garner Golden Globe, Critics’ Choice, Screen Actors Guild Award and Television Critics Association Awards nominations. Cardellini was previously nominated for her guest turn on “Mad Men” in 2013.

Here are all the co-star nominees from the same show.

2020: “Dead to Me” — Christina Applegate and Linda Cardellini