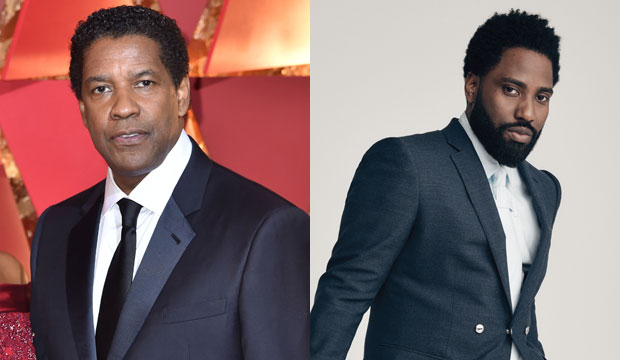 Gold Derby Expert and Awards Daily overseer Sasha Stone bravely took a stab at laying out the landscape of potential Oscar contenders this week with a piece about how the lack of film festival coverage, physical screenings and glitzy opportunities to glad-hand potential voters in the midst of the ongoing coronavirus pandemic will upend some of the usual campaign traditions.

When it came to her list of potential nominees for Best Actor, she observed that Denzel Washington, who stars opposite Frances McDormand in Joel Coen‘s first solo directorial project, “The Tragedy of Macbeth,” could make the cut. Then Stone realized that his son, John David Washington, could also claim a spot as a lead and be a potential challenger. That got the both of us thinking if a parent and a child were ever rivals in the same acting category?

The closest comparisons I could find in a different type of family-related scenario was when Henry Fonda finally won his first and only Oscar for 1981’s “On Golden Pond,” which would be his final role. Daughter Jane Fonda, a two-time Best Actress winner for 1971’s “Klute” and 1978’s “Coming Home” was up for supporting actress in the same film. The other example involves Laura Dern and her mother Diane Ladd, who co-starred in 1991’s “Rambling Rose.” Dern, however, was in the lead category while Ladd was slotted in as supporting. Neither won but they made history as the first-ever mother-daughter duo to be Oscar-nominated for the same film or even in the same year.

It’s possible that both Washington men could make history by facing off in the same acting category. But given that Shakespeare’s “Macbeth” is believed to be cursed and that those involved in stage productions refer to it as “The Scottish Play” as to avoid bad luck, of course there could be a glitch in the works. Namely, the movie that began filming on February 7 had to shutdown in late March because of the health crisis.

However, there is some hope in that production resumed on July 23 of this year and concluded on July 31. The good news is that the academy has extended the eligibility period from its usual date of December 31, 2020. A feature film must now have a qualifying release date between January 1, 2020, and February 28, 2021. Given the extension, “Macbeth” could potentially be able to be screened just in the nick of time. For now, distributor A24 has no update on the state of the title. But no news can be good news.

“Tenet” is ahead of the game as the Christopher Nolan-directed sci-fi spy thriller is opening in select U.S. cities on September 3. John David Washington competed for both a Golden Globe and a SAG award for his lead role in Spike Lee‘s “BlacKkKlansman.” His father is way ahead when it comes to nominations and trophy count. Dad won for a supporting actor Oscar for 1988’s “Glory” before becoming just the second Black actor, after Sidney Poitier‘s lead win for 1963’s “Lillies of the Field,” for his corrupt cop in 2001’s “Training Day.” In total, he has been nominated for his acting eight times.