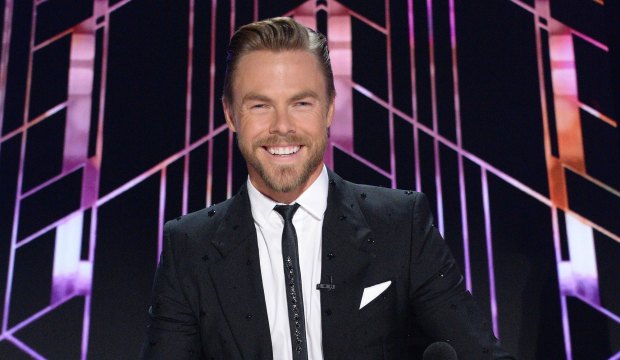 Derek Hough is no stranger to “Dancing with the Stars,” having spent years competing on the show and winning a record six Mirror Ball Trophies for his efforts, but in season 29 he finds himself in a new position as a full-time judge on the ABC competition series. So how did he do during his first night behind the judges’ table? Scroll down to grade his performance in the season premiere episode.

Hough became a breakout star on “DWTS,” and he has made the most of the opportunities the show has afforded him. In addition to his six championships on the show, he has won two Emmys for Best Choreography for the routines he created. Then he became a judge on NBC’s competition series “World of Dance” alongside Jennifer Lopez and Ne-Yo, which has given him the opportunity to watch, evaluate, and celebrate some of the most accomplished performers on the globe.

SEE‘Dancing with the Stars’ season premiere recap: Who stood out on the first night of a highly unusual season? [UPDATING LIVE BLOG]

Now he’s back, stepping in for British judge Len Goodman, who was unable to travel back to the US for the show due to the COVID-19 pandemic. And what makes Hough such a fitting choice to fill his shoes is his depth of understanding about the process of competing on “DWTS.” So I was struck in the premiere by how well he balanced giving the celebrities moral support while also giving them very specific technical critiques. While he ended up giving higher scores overall than Carrie Ann Inaba and Bruno Tonioli, even the highest-scoring celebs got some much-needed pointers about their footwork, posture and timing.

Suffice it to say that while I miss Goodman’s presence on the show, it’s nice to have Hough on the team. Do you agree with me? How would you rate his season premiere performance?