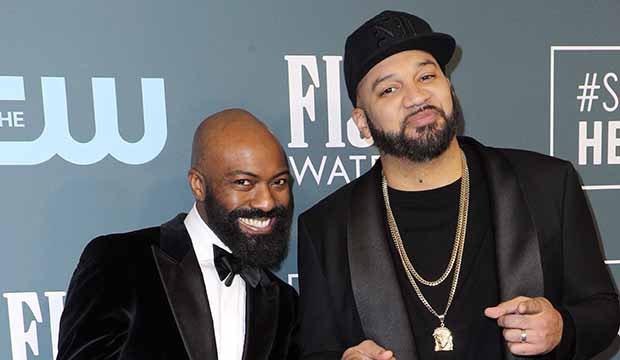 Desus Nice from Showtime’s hit talk show “Desus and Mero” is definitive about who he would want to get into a Twitter battle with. “If I had to pick a Twitter battle, I’d want to battle Donald Trump and I want him to give me a dopey nickname because all his nicknames suck,” he proclaims in our recent webchat (watch the exclusive video above). “The thing about him is that he feels empowered by Twitter but… with someone who really knows how to use ‘the force,’ we could get some ‘Star Wars’ action going on. I could bring the heat. Trump, we’re coming for you!,” he adds. His hosting partner however, The Kid Mero, has no desire to be in any more Twitter feuds. “There’s no point in arguing with people on Twitter. It’s like baseball. It never ends! You can’t run out the clock,” he says.

The two first came to prominence through the Bodega Boys podcast on Complex before moving over to television. The pair’s talk show “Desus and Mero” debuted on Viceland in 2016 and then made the move over to Showtime last year. Since their move, the heart of the show has remained the same, even if other things might be changing around them. Among those changes have been prominent politicians stopping by (Vice President Joe Biden, Reps. Alexandria Ocasio-Cortez and Maxine Waters) and getting embraced by critics. The show has also earned nominations from both the Television Critics Association and the Broadcast TV Critics’ Association.

SEE over 200 interviews with 2020 Emmy contenders

Both of the hosts agree that since they’ve premiered on Showtime, there’s one interview that stands out as the most surreal. “The David Letterman interview was incredible. It was like he was passing the torch. It was a statement to the world, these guys are next,” Desus explains. Mero further elaborates, “It’s like Michael Jordan saying, ‘Hey, this guy’s really good at basketball. These guys can play.’ It’s a guy who’s synonymous with what you’re doing telling you telling you that you’re the future.”

We closed the interview by asking them the question that they typically ask their guests at the end of interviews: What would your neon sign in your bodega say? Desus kept his sign very simple. “My neon sign would say, ‘We gonna be a’ight!’ It’s just that simple, we can do this and we’re going to be back to normal eventually.”  Mero made his very personal. “Mine is super basic and super cheesy. It’s just ‘Adrian, Avery, Amari, Azalea.’ I love you,” referencing his four children.