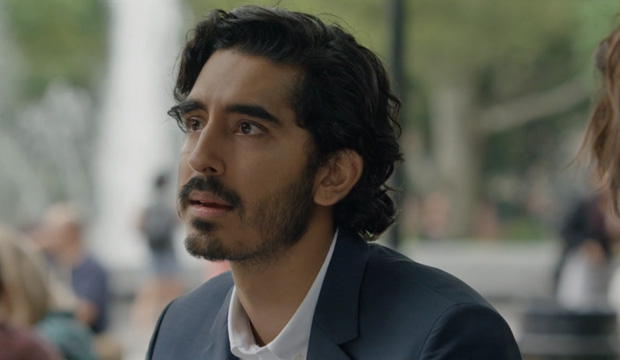 Patel is a standout in the anthology show that features eight separate tales of frustrated seekers after romance in New York City. In the second episode titled “When Cupid Is a Prying Journalist,” he portrays the vulnerable yet cheeky creator of a booming dating app who explores the nature of love and the life-changing decisions toward which it impels us. But then one day a journalist (Catherine Keener), who’s profiling him for the New York Times, explores his own romantic experiences by asking him, “Have you ever been in love?”

“Yes,” he confesses, painfully. “But I didn’t realize it until it was too late.”

SEELatest Emmy odds on 16 top races based on predictions by our Experts, Editors and Users

Patel’s character recalls what happened when he once fell for another tech developer (Caitlin McGee), moved in with her for six months and planned to propose before she suddenly confessed to a recent infidelity with an ex. He exploded, stormed off and spent the next few years focusing on the launch of his dating app.

“Ironically, the one thing that got me through my romantic pain,” he says, “was romance — reading about it, watching it, researching it.”

Patel’s big emotional money scenes come after the break-up when he struggles with his complex feelings of regret, longing and wondering if he should butt back into her life when he learns she’s engaged to someone else.

What’s Patel’s appeal? His large, luminous, dark eyes are one element. They’re heat-seeking missiles aimed at the core truth of his characters. They are alive with emotion, flashes of conflicting thoughts, shades of joy and disappointment.

These expressive eyes also reflect his generosity as an actor. In his relatively quiet side-by-side scenes with the grounded Keener (wonderful here!), Patel uses his gaze to connect with her, and connect deeply. It’s as if the camera no longer exists and they’re just two people having an animated and emotional conversation.

Patel also bears an authenticity and athleticism, an enthusiasm that he’s not too cool to express. In part that has to do with the roles in which he is cast: which came first the chicken or the egg? He’s a boyish man of great plasticity and openness. Emotions do not faze him. He’s not a dam waiting to burst but the flowing water that powers electricity.

For now his talent shines in the constantly shifting emotional beats big and small that layer his romantic performance as the very contemporary techie in “Modern Love.” He faces tough Emmy competition from category frontrunners Tony Shalhoub (“The Marvelous Mrs. Maisel”), Dan Levy (“Schitt’s Creek”) and Alan Arkin (“Kominsky Method”), but he’s made a successful breakthrough in TV and streaming media following up on his small past role in HBO’s “The Newsroom.”