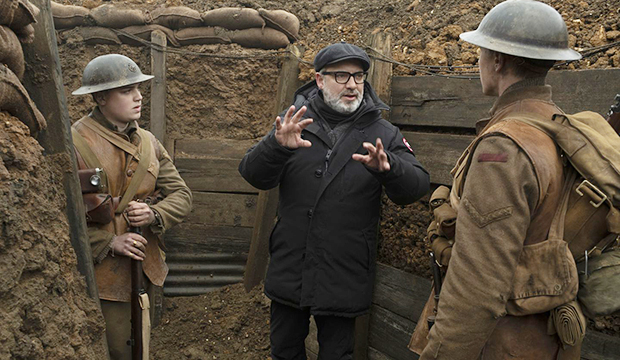 Sam Mendes is the odds-on favorite to take home the Directors Guild of America Award on Saturday for “1917,” which would make him one of 14 people to win the award twice. But he’d also join an even more distinguished list within that group: undefeated multiple champs.

Mendes, who nabbed his first DGA for his feature film debut “American Beauty” (1999), would be the third person to have a 2-for-2 record after Milos Forman (1975’s “One Flew Over the Cuckoo’s Nest, 1984’s “Amadeus”) and Alfonso Cuaron, who prevailed for “Gravity” (2013) and last year for “Roma” (2018). No one else has been able to maintain a perfect record with more nominations; Steven Spielberg has three wins from 11 nominations — both records.

Though “1917” was one of the last films to be released — the movie itself wasn’t even finished until the end of November — it and Mendes have quickly ascended to become Best Picture and Best Director Oscar favorites after surprise victories at the Golden Globes. The World War I drama, which received 10 Oscar bids, also just won the Producers Guild of America Award on Saturday and has been a box-office success, with an $81 million domestic haul since opening wide on Jan. 10. And with “1917” filmed to appear as one continuous take, Mendes seems to have the advantage as the directing category, at DGA and the Oscars, has favored technical achievements in recent years.

One of the most accurate Oscar precursors, DGA has lined up with Oscar 64 times in 71 years. Forman and Cuaron converted both of their DGA wins into Oscar gold. If Mendes, who hadn’t been Oscar-nominated since his breakthrough until now, follows suit, he’d join Cuaron and Frank Borzage (1927/28’s “7th Heaven” in the drama directing category and 1931/32’s “Bad Girl”) with a 2-for-2 record there as well. And with a 20-year spread, he’d also set the record for the longest gap between two wins.

Bong Joon Ho (“Parasite”) is in second place in our odds, followed by Quentin Tarantino (“Once Upon a Time in Hollywood”), Martin Scorsese (“The Irishman”) and Taika Waititi (“Jojo Rabbit”).