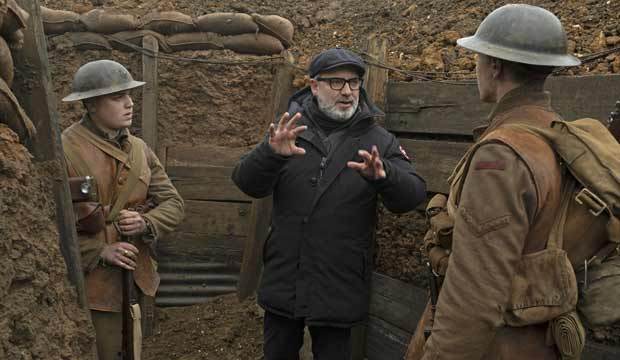 Since the Directors Guild of America aligned its awards with the Oscars in 1950, only seven of its winners did not go on to claim the Best Director prize at the Oscars as well. That statistic bodes well for Sam Mendes, who won his second Directors Guild of America award on January 26 for his helming of the WWI epic “1917.” He first won over the guild way back 2000 for his directorial debut, “American Beauty.” He repeated at the Oscars and his film won Best Picture to boot.

The last time the DGA did not point the way to the Oscar winner was in 2013. Only two of the Directors Guild of America nominees —  Ang Lee (“Life of Pi”) and Steven Spielberg (“Lincoln”) — also reaped Oscar bids. The other three DGA nominees — Ben Affleck (“Argo”), Kathryn Bigelow (“Zero Dark Thirty”) and Tom Hooper (“Les Miserables”) — were snubbed by the Oscars in favor of Michael Haneke (“Amour”), David O. Russell (“Silver Linings Playbook”) and Benh Zeitlin (“Beasts of the Southern Wild).  Lee won the Oscar race.

That disconnect between the DGA and Oscars was unprecedented. Affleck won over the DGA voters while his film, “Argo,” became the third to take Best Picture at the Oscars without a corresponding Best Director nomination. The others: “Grand Hotel” (1931/32) and “Driving Miss Daisy” (1989).

Affleck was the seventh DGA champ who did not go on to repeat at the Academy Awards, following in the path of these Oscar also-rans: