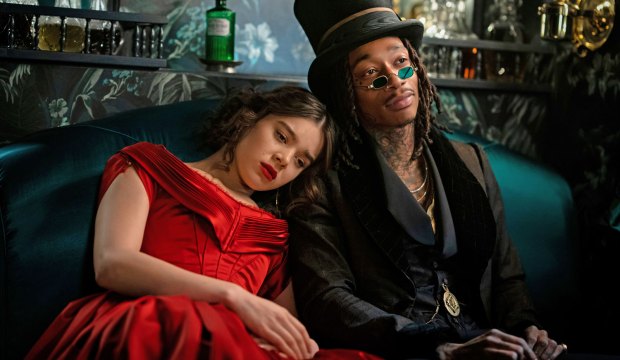 The Apple TV+ series “Dickinson,” an offbeat take on the life and times of poet Emily Dickinson, held an online watch party to promote the series for Emmy consideration, and as part of that event shared a new music video for Hailee Steinfeld‘s original song for the series “Afterlife,” which was performed at a safe social distance by Steinfeld along with her on-screen parents Jane Krakowski and Toby Huss and her TV siblings Adrian Enscoe and Anna Baryshnikov. Scroll down to see the video below.

Emily Dickinson lived during the 19th century, but this series explores that era with modern sensibilities and language. It explores the famed poet’s writing — and the disapproval of her old-fashioned father — as well as her love for her brother’s fiance Sue Gilbert (Ella Hunt).

“Afterlife” is far from Steinfeld’s first foray into music. After she earned an Oscar nomination as a teenager for the Coen Brothers’ 2010 remake of “True Grit,” she appeared in the a cappella sequels “Pitch Perfect 2” and “Pitch Perfect 3,” recorded two EPs and released five platinum singles. In addition to her awards plaudits for “True Grit,” she picked up a Golden Globe nomination for her starring role in the film “The Edge of Seventeen.” But if she’s nominated for Best Music and Lyrics and/or Best Comedy Actress at the Emmys for “Dickinson,” it would be her first recognition from the television academy.

“Dickinson” itself recently became an award winner. It was one of 10 scripted shows honored at the Peabody Awards. which celebrate broadcast media with particular social and cultural import. The Peabodys said the show “lovingly and playfully embraces anachronism” and “excels at being fun while crackling with energy and wild originality.” Will it next be embraced by the Emmys?