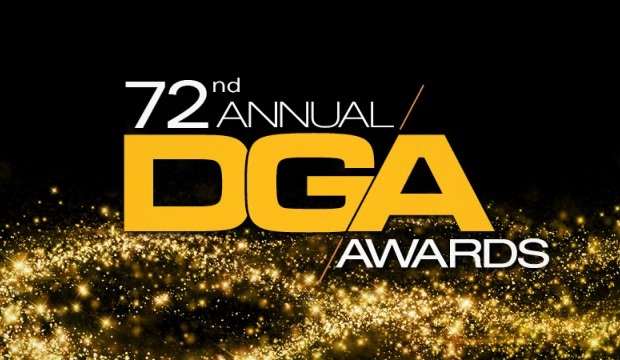 To the frustration of many awards watchers, the annual Directors Guild of America ceremony doesn’t air live on TV. But worry not — Gold Derby has you covered with our informative play-by-play of the ceremony. Follow along with our updating live blog on Saturday, January 25 as we reveal all of the 2020 DGA Awards winners as they happen. We’ll also let you know the superstar presenters for the three film races and eight television categories plus the honorary awards.

Last year’s ceremony previewed the upcoming Academy Awards when the DGA voters named their Best Director winner as Alfonso Cuaron (“Roma”). In fact, he was the sixth in a row to prevail at both kudos, following Guillermo del Toro for “The Shape of Water” (2017), Damien Chazelle for “La La Land” (2016), Alejandro G. Inarritu for “The Revenant” (2015), Inarritu for “Birdman” (2014) and Cuaron for “Gravity” (2013).

The television nominees include “Succession,” “Game of Thrones” and “Watchmen” for drama, “The Marvelous Mrs. Maisel,” “Barry” and “Veep” for comedy, and “When They See Us,” “El Camino: A Breaking Bad Movie,” “Chernobyl” and “Fosse/Verdon” for TV movies/limited series.

And now keep refreshing our updating live blog with all of the minute-by-minute action as it happens at the Ritz-Carlton Hotel in Downtown Los Angeles:

7:30 p.m. — The red carpet is in full swing and all of the nominees are starting to arrive. The first awards will be handed out soon.

7:50 p.m. — Thomas Schlamme, president of the Directors Guild, gives a welcome speech to the crowd.

8:00 p.m. — The evening’s host, Judd Apatow, comes out to give his opening monologue, which includes jokes about politics, the lack of female nominees and the industry’s penchant for sending out DVD screeners.

8:10 p.m. — Metz is presenting the night’s first award for Best Children’s Programming. And the winner is … “Song of Parkland”!

8:26 p.m. — Now for the variety/talk/news/sports special trophy, which is awarded to … “Live in Front of a Studio Audience: Norman Lear’s All in the Family and The Jeffersons”!

8:33 p.m. — Arnow presents the Frank Capra Achievement Award to Henderson for his career working behind the camera.

8:53 p.m. — Zimmer’s out on stage now to present the award for Best Reality Programming. This year’s winner is … “Encore”!

9:00 p.m. — Anthony Anderson is the presenter for Best Comedy Series director. Look at that, the champion is … Bill Hader (“Barry”)!

9:16 p.m. — Mischer is up now to honor Lewis with the Franklin Schaffner Award, for his lifetime achievement in the industry.

9:24 p.m. — It’s time for another competitive award. Amos steps out to present the Best Commercial trophy to … Spike Jonze (Squarespace and MedMen)!

9:30 p.m. — Hardwicke is the presenter of the coveted First-Time Director award. This year’s champion is … Alma Har’el (“Honey Boy”)!

9:41 p.m. — The Best Documentary presenter is Jewison, who complains about the length of the evening. And the doc winners are … Steven Bognar and Julia Reichert (“American Factory”)!

9:50 p.m. — Medallion #4: “The Irishman” co-stars Pesci and Pacino present the fourth medallion of the night to Martin Scorsese (who’s not in attendance) for “The Irishman.”

9:58 p.m. — Christine Lahti walks out on stage to present the next category, for Best TV Movie/Limited Series. And the victor is … Johan Renck (“Chernobyl”)!

10:04 p.m. — Medallion #5: One of the biggest names of the night, DiCaprio, presents the final medallion to his “Once Upon a Time in Hollywood” director Quentin Tarantino.

10:13 p.m. — Winnick presents the final TV award of the evening, for Best Drama Series. The winner is a big surprise … Nicole Kassell for “Watchmen” (“It’s Summer and We’re Running Out of Ice”)!