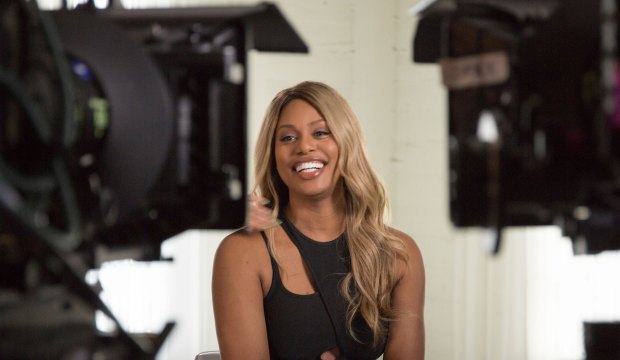 After premiering to great acclaim at Sundance in early 2020, the documentary “Disclosure: Trans Lives on Screen” was eventually acquired by Netflix, and it debuted on the streaming service on June 19 right in the middle of Pride Month. As the studio behind two of the last three winners of Best Documentary Feature at the Oscars (2017’s “Icarus” and 2019’s “American Factory”), could Netflix have another contender on its hands with this film?

Directed by Sam Feder, “Disclosure” examines the history of trans representation in film and television dating back to the early days of silent movies. Throughout we are shown the evolution of trans portrayals in everything from Bugs Bunny cartoons, classic television and film to contemporary series such as FX’s “Pose.” There are also looks at award-winning films and television programs that have, with time, been seen as more controversial and potentially problematic, including Oscar winners “The Silence of the Lambs” and “Boys Don’t Cry” and Emmy winner “Transparent.” The film is unique in that its interviewees are all trans actors and activists, including Laverne Cox (also one of the movie’s executive producers), Chaz Bono, Alexandra Billings, Lilly Wachowski and Mj Rodriguez.

The film has an impressive score of 98% on Rotten Tomatoes (as of this writing), with Gary Goldstein (Los Angeles Times) calling it “a first-rate documentary” that “takes an engrossing, smartly contextual look at the history of transgender depictions in film and television.” Beandrea July (The Hollywood Reporter) singles out Feder’s choices as a filmmaker: “The movie is like a dress that looks simple yet is intricately constructed underneath. The medium close-ups of each interviewee from the waist up allow them a kind of personal space, where they can both be seen and feel protected from the gaze of the audience.”

Feature-length documentaries featuring LGBT subjects have done well at the Oscars before. 1984’s “The Times of Harvey Milk” became the first gay-centered documentary with openly gay filmmakers to win Best Documentary Feature. One of that film’s directors, Rob Epstein, won a second time five years later for “Common Threads: Stories from the Quilt,” which commemorated those who died and were included in the AIDS Memorial Quilt.

Other queer-themed doc nominees include 1992’s “Changing Our Minds: The Story of Dr. Evelyn Hooker,” which profiled the psychologist who challenged the view that homosexuality was a disease, and 2012’s “How to Survive a Plague,” which recounted the efforts of AIDS activist groups ACT UP and TAG. Should “Disclosure” be nominated, Feder would be only the second trans director to contend for an Oscar; the first was Yance Ford, who was nominated for 2017’s “Strong Island” and is featured in “Disclosure.”

If “Disclosure” wins, Feder would be the first openly trans filmmaker to win an Oscar. At a time when the motion picture academy has been reckoning with how it treats underrepresented groups in front of and behind the camera, they may be drawn to a film that takes a critical, empathetic look at Hollywood’s relationship with the trans community, warts and all.